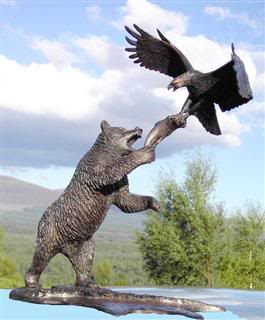 There are some people for whom the most elementary truths are just beyond their ken. Putin is one of these. He just doesn’t get it. People—nations—want to be free. It is just that simple. His KGB background, which depended ultimately on coercion, has saturated his soul so that it is impossible for him to think otherwise. Evil is blind.That’s its fatal weakness. Putin doesn’t get it because he has used force, intimidation, or coercion his entire adult life, with impunity. That’s his vision of reality as well as his personal modus operandi. But people inherently want and need freedom and self-determination. Man was born to be free. If the power of the Soviet Union should miraculously come to life again, so would its fatally coercive nature. Such affects the entire society top to toe, from foreign and domestic policy to academia to personal freedoms and human rights to economics. This many former Soviet Block countries understand only too well and so want nothing to do with Putin’s play for power. Putin blames the West for this, when in reality he has no one to blame but himself.

It is pathetic, yet comical, to watch this ex-spy at work—threatening and bullying (Putin’s a classic bully) to try to keep the West from encroaching on the territory of the former Soviet Union. What is beyond his understanding—and this then makes him a tyrant (and God’s enemy) –is that in foreign policy as in life, threats and bullying are self-defeating. Christ’s “Love your neighbor as well as your enemy” is something Putin, like all tyrants, just can’t understand—because they don’t want to. Had Putin showed the same kind of helping spirit that the EU has shown, earlier to Georgia and Moldova, he might then have got his Ukraine at no extra cost. But to ask a tyrant to become a saint is, of course, impossible. When Putin meets his Maker to receive his judgment, as we all must one day, he will hear this ringing in his ears: “What you did to the least of these, you did unto me.” Only then will tyrants like Putin begin to understand the power and the glory, but also the judgment, of Love—but then it will be too late.

All tyrants and dictators, but also the very wealthy, fail to understand that ALL power, earthly or otherwise, belongs strictly to Almighty God. In imitation of God, all power is meant to be a path to helping others, beginning with the weakest and most vulnerable. Power is never meant to increase one’s wealth or privileges. The powerful on earth stand “in loco parentis,” in place of God the Father. The shepherd uses his position, not to slaughter his sheep but to feed and care for them, and to keep wolves at bay.

God rules with love, our duty (and joy) is to emulate that rule. Such alone satisfies the soul’s hunger for ultimate meaning, and covers all despair, loneliness, and fear—as well as makes life the wonderful gift it is, and ought to be. But to seek earthly power for power’s sake, to glory in it, to use it to dominate and intimidate, to get rich by it—these all go against the grain of God’s Law of Universal Love. Compared to force and violence, threats and intimidation, Love seems out of its league. So the foolish always, in every era, think and believe. “Only the strong survive.” But that inescapable day of judgment skulks all of us, catching us, some sooner, some later, but in the end—everyone. Then shall we see that true power is Love.