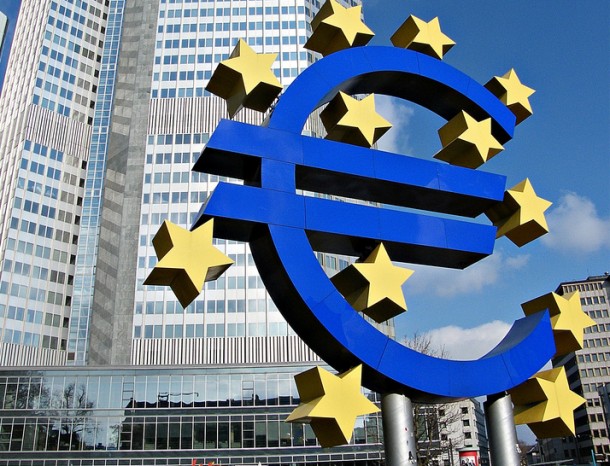 In 1999 British economist Roger Bootle predicted a bursting of the dotcom bubble. In his 2003 book, Money for Nothing, he forecast a worldwide crash in housing. He strongly believes that at least a partial breakup of the eurozone is inevitable. In July Bootle and his team won the prestigious Wolfson Economics Prize for providing the best answer to the question: “If member States leave the Union, what is the best way for the economic process to be managed?”.  In a 114 -page report, Bootle delivered a blueprint for the steps a nation should take in exiting the common currency. He went further, summoning a powerful argument for why an exodus of weak countries is the only solution for Europe’s malaise. “The euro is a depression-making machine” he tells Fortune. “Far from a disaster, a breakup of the euro is the only way to bring back growth. It can’t happen soon enough. The politicians keep throwing money to support  the weaker nations’ debt problem. But the continued bailouts are just buying time. Even economists who dread a euro breakup admit that it will probably happen unlessGermany and other healthy nations provide far greater support.

The bet here is thatBootleis right and that the euro will fracture in the next few years. The result will be extremely messy in the immediate aftermath, bringing severe hardship to the exiting countries. But the pain will happen anyway if weak nations remain in the euro. It will simply stretch over a number of years and turn out far worse”. AsBootleargues,Europe  must choose growth, and a split of the euro will bring it back with surprising speed.

Portugal,Ireland,Italy,GreeceandSpainall suffer from a drastic loss of competitiveness because they face an excessive cost of production, that has decimated manufacturers inSpainandItaly.Italy’s exports as a share of the world total dropped from 5% in the late 1990s to about 2% last year. If they remain in the euro, peripheral nations must solve their competitiveness problem through austerity. The process could take 10 years. Worse, their debt and interest payments would remain in euros and keep rising, while tax receipts fall.

An immediate exit could solve both the debt and the competitiveness problems in a single stroke. Here’s how the mechanics might work if, say,Spaindecided to withdraw. The government would announce the decision on a Friday. It would state that by12:01 a.m.Monday all wages, bank deposits, pensions, and prices would be reset in pesetas at a 1-to-1 ratio with  the euro. Over the weekend, all ATMs and bank branches would be closed and no electronic transfers allowed, to prevent citizens from moving money to, say, Switzerland before the conversion. Starting on Monday morning, the euro would rise sharply against the new peseta.

Bootleadvises nations to re-denominate all sovereign bonds in local currency. The re-denomination really amounts to a default. Boothe wants exiting nations to immediately cease all interest payments and demand a write-down bringing debt to a  manageable 60% of GNP. Between devaluation and the write-down, most creditors would lose 70% of the face value of the bonds.Bootle’s argument is that their original value is a pure fiction anyway and a default of that magnitude is inevitable. As for the private sector (…) bankruptcies would proliferate, and lenders would engage in negotiations for restructuring debt. An exit would bring a surge in inflation in newly departed countries as the cost of imports rose. Hence, wages would also rise, though less than prices because of the big pool of unemployed workers. The departing nations would suffer several  months of declining growth. But just as occurred inArgentinaa decade ago, the economies would start growing again within a year, driven by strength in exports.

ForBootle, it’s fundamental economics that will ultimately dictate the outcome.  “The truth is that the politicians have it totally wrong. They waffle and get lots of money from the public sector to buy time, but the markets win in the end”. ForEurope, abandoning the single currency is no longer an unthinkable choice, but the right choice.