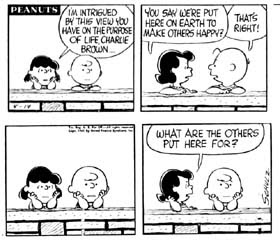 Only the supersensory, superlogical, unmediated merging of the object and subject into
seamless oneness allows an adequate knowledge of the object or the true reality.

For well over a century now, several of the West’s deepest and most sensitive thinkers and writers have been experiencing what they believe to be a gradual, but real, decline in western culture. And increasingly today many others also feel this cultural malaise deep in their soul. Something–we know not what–appears to have gone drastically wrong with our life and culture.  Our world since the 1960’s has been slowly disintegrating before our very eyes. Reality has become increasingly disorienting, meaningless, uncharitable, harsh, violent, selfish, unforgiving. Participation in creative activities, such as writing or painting, or participation in a religious institution, may, for some, momentarily counter their disorientation, hopelessness, and anguish; but subconsciously they remain aware of how close we are to another world war, this time possibly a nuclear one; aware, too, of a society witnessing a breakdown of family values; a decline of morals; a lack of common decency; disregard for law and order; a growing, and dangerous, sense of boredom and despair; a lack of “love of one’s neighbor,” and a worrisome grandiose narcissism and solipsism.

Nature, through global warming (which the Right, for merely selfish pecuniary reasons at the behest of Corporate America, refuses even today to acknowledge), contributes to this sense of impending doom through its increasing climatic fury, winter and summer. The gentle, nourishing (“Mother”) Nature felt body and soul by the English 18th c. and 19th c.  Romantic poets (a Nature which I too knew and loved as a boy) seems now but a distant memory amid increasingly catastrophic rain and snow storms, earthquakes, Tsunamis, tornados and hurricanes, withering dry spells, gigantic forest fires, deadly flash floods, extreme temperatures, and other disturbing climatic phenomena. It seems as if Nature now at long last is betraying the heart that never truly loved her. Her relentless fury and unpredictability, superadded to our sense of foreboding of our cultural decline, on top of a world-wide recession brought on by the unrestrained, and unregulated, greed of our banking, real estate, and investment sectors, has only increased both our individual and collective sense of anomie and despair.

So, what can we do? How can we, in our own small way, make a contribution to a world in desperate need of a new way of being ? Pitrim A. Sorokin, a name not widely known today, though very well known in the middle  part of the last century—the founder of the Department of Sociology at Harvard University and later The Harvard Research Center in Altruistic Integration and Creativity—has studied altruism in depth. Not surprising to those who have sought to live a life of giving rather than taking, of loving rather than using or hating, Sorokin finds that altruistic personalities “exhibit a remarkable vitality, a long duration of life, an unperturbable peace of mind, and an ineffably rich happiness. In opposition to a sensate utilitarianist or hedonist, it could be said that ‘it pays to be unselfish, loving, and saintly.’”

This, then, is what our western culture desperately needs: a new orientation through “the energy of love,” as Sorokin has termed it. If our culture and race are to survive, then we must band together to seek the welfare of people everywhere: a true sense of “globalization,” founded not on economic imperialism, but rather the virtues (and divine attributes) of love, goodness, truth, and beauty. Only then—if then—can we hope to head off a further decline in western culture, strive to undo the malicious effects of global warming, and seek for all, as our national creed,  a life that begins and ends with “service to others” rather than the all-too-common, and death-dealing,  creed of  “Me–first, middle, and last.”