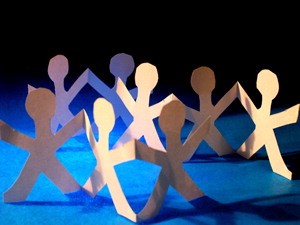 A few days ago at San Diego’s Woodland Middle School, in health class, 8th grade students were asked to stand under signs that indicated how far they would go sexually when they started dating. The signs read variously “Hugging,” “Kissing,” “Above the Waist”, “Below the Waist,” and “All the Way.”

And more to the point, how does this school arrogate to itself the right to ask questions proper only within the family (and most decidedly not in front of other students and staff!) or between a licensed therapist and his or her client?

Just imagine this game: all the teachers are there, their spouses, the janitors even, perhaps a reporter or two (our rumor mill). And you must stand under one of the signs before the curious gaze of everyone present. Now it’s only a guess, mind you, but I think there might be one or two who would balk at playing this game, with privacy being the reason given.

Such “New Age” educational material is one reason why our school system is so poor; why we test almost last in comparison with other nations, developing and developed; why the media now broadcasts on a 5th grade level (news broadcasters, unfortunately, seem hardly better educated than that themselves!); and why we now see the dumbest productions on TV and in the movies.

Woodland’s descent into voyeuristic games in health class must surely be an indicator of the school’s overall intellectual quality. Do they teach Latin or Greek there, or French or German?  I would be very surprised if they did.  Can the students read good books (“Classics”) with both edification and enjoyment? Can they write well? Do they know how to diagram a sentence? How well prepared are they for entering high school? If Brian Randall’s use of logic is itself any indication, the intellectual strength of the school is on the short side of rigor and excellence.

The hard work of learning Latin in middle school or high school is today mostly just a memory, and yet those few students today who do take Latin easily outscore their non-Latin peers on standardized tests. The time taken to learn Latin rather than time spent on embarrassing voyeuristic “games” would aid a student incalculably more.

But one thing you can bet on from Principal Brian Randall, the path that should be taken to improve his school will not be taken. Why not? Because in response to parental criticism, he simply turned defiant and refused to take their criticism seriously.  In his mind there is no other truth than his own.  But as Socrates taught us two and a half millennia ago, real education is the search for Truth (not a defense of one’s opinions), but this presupposes humility and openness, neither of which Randall appears to possess. Since a school’s educational philosophy is largely determined by its principal’s, one may assume from Brian Randall’s defiant close-mindedness  that there is no great love of Truth at Woodland Middle School, and this would inevitably color what, and how,  a school teaches.

Our American education system is broken. One way to judge this is to look at the effects of science on our views of the universe. And what do we find? Science for half the country has had little discernible effect. 46% of American adults believe that the universe is 10,000 years old or younger. This view is called Creationism, which also advocates that God created the universe, as well as the first humans ( Adam and Eve), in just 7 days! It’s as if no progress in science has been made in the last 3000 years! Intellectually, there are many in the United States who are still in the Dark Ages! One often reads a lament about how we are not training scientists today. With Creationism believed so widely, one can see why the sciences have taken a back seat to unreasoning belief. The Bible is not and was never meant to be a scientific handbook. It is a book about God’s sovereignty (Genesis, Exodus)—a “Who the final authority is and our relationship to Him” and not a detailing “How the universe was created,” which is and ever will be a complete mystery, all the present and future scientific advances notwithstanding.

This simple fact, however, is too scary for the average Creationist to believe. Their faith is not strong enough to hold the sacred cup of mystery, their narrow minds too desiccated for the rich luxuriance of metaphor and symbol. Mankind is homo symbolicus; the Creationist on the other hand is homo timidus. But where there is no courage, there can be no true or lasting knowledge. The search for Truth is not for the faint of heart. To be numbered among God’s true followers is an essay in courage—and an adventure not of the spirit only but also of the mind. Only those who courageously  seek Truth truly live, truly embody the spirit of God. The fearful shall never enter the Kingdom of Heaven.

Woodland Middle School shows graphically how our education system is a failed enterprise. The reasons are many, however, and transcend easy criticism of Brian Randall. But he is surely part of the problem. He sets the school’s tone. In approving of a 14-year-old declaring publically what he or she would do sexually in the future is both pathologically voyeuristic, potentially psychologically harmful, inexpressibly inappropriate, as well as a bellwether of the continuing decline of the American education system. 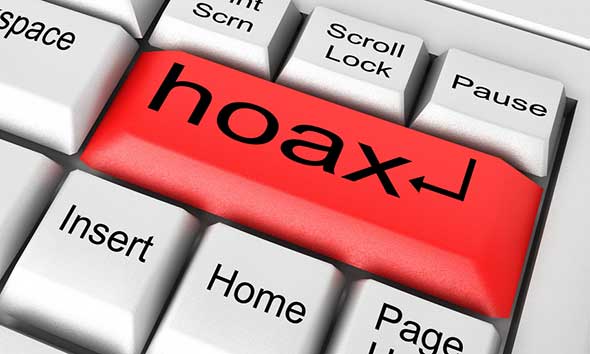 A young professional athlete just got his first contract: 144 million dollars for 6 years! I did some calculating. That’s 24 million dollars a year, or 65,000 dollars a day, every day, for 2,109 days. A high school teacher, on the other hand, if well-paid, might make 65,000 per year. In a little over one month this athlete will have earned more than the teacher would have earned in 35 years of teaching. His salary would support 2215 teachers! Our society has gone mad.

This is the great hoax and it is we ourselves who perpetuate it. Nothing could be more absurd to any rational human being than the paying out of such exorbitant sums…to an athlete of all people, whose value to a society at any time in history, realistically speaking,  is only a little more than that of a fevered gambler.

Ask yourselves this: Your loved one is in the hospital gravely ill. Do you call up a rich athlete for help? The question answers itself. You rely on nurses and other care-givers; into their hands you entrust your loved ones. This single test tells us whose value is greater. Yet who makes more money? Who is more esteemed? And for what? What do athletes contribute to the advancement and welfare of society? Absolutely NOTHING.  They play games—sometimes painful games, but games all the same. And that’s it. That’s their total contribution. Nothing shows more clearly than this just how wrong-headed are the values of our society.

It’s all a big hoax. We have been brainwashed by those who benefit from sports—the owners first and foremost, then the athletes, the advertisers, the media, etc.—into thinking that sports are important, that athletes are special.

More repugnantly, education at the high school and collegiate levels is all too often twisted and defiled just to accommodate an athlete. Recently on the Internet there was a piece about the University of North Carolina, a top university, which had created non-existent classes just for its athletes to take and to receive an “A” from. An entire university twisted and bent into lying and deception solely on behalf of its athletes! Our society’s most important institution abused for the sake of sports. Plagiarism is a capital offence at universities—but lying and cheating on behalf of athletes is OK! Nothing shows more clearly, more emphatically, how off the mark our modern society is. Sports—to coin a phrase—are  just sports, nothing more.

The big hoax is that we’ve been brainwashed into thinking otherwise.