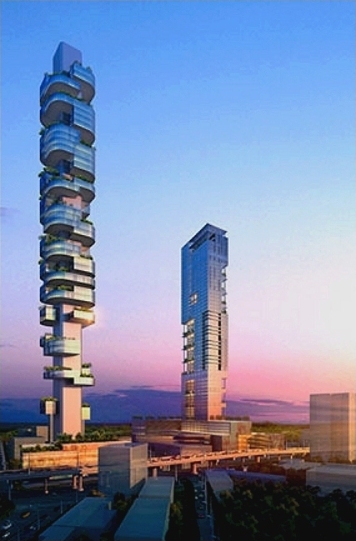 It’s excessive or faulty that Brazil and India are now currently described as vibrant, surging economies and societies. Two affluent friends, here in Milan, are busy every day collecting small donations in favor od Brazilian meninhos : abandoned, orphaned or very destitute children who do not eat regularly. The expectations about the sudden modernization of Brazil are too high. The same applies to India, where efforts to lift up the very poor cannot claim enough successes.

The most extreme forms of discontent ravage several provinces. Some areas of Central India must be described as insurrected: armed rebellion is intermittently the winner. The rebellion, started in the district of Chhattisgarh in 1967 and apparently invincible, is a local version of revolutionary Maoism. The insurgents, here called Naxals, do not dominate more than 4,000 sq.kms. (total India is 3.3 million sq.kms), but the local geography (terrain, forests) and popular support, both willing and forced by terror, are such that a few thousand guerrillas are able to disrupt, often cancel, the government operations. Somewhat less than half a century of military efforts did not eradicate rebellion.

Territorially isolated as they are, Naxals can only wage a primitive warfare. They even implement their weapons with bows and arrows. The explosives they use are prevalently obtained by attacking police and security forces. Their operation is too far from foreign sorces of supplies. They are described as Maoists, even as China has not been exporting subversion any more. Still, a few months ago the Delhi government was forced to allocate funds for new battalions of armed militia, for additional helicopters and counterinsurgency training centers.

India is a giant well accostumed to take tough measures against her enemies, but past efforts against Naxals did not succeed. Recently prime minister Manmohan Singh described those rebels “the single biggest internal security challenge ever faced by India”. But he also admitted “the chronic poverty, mass ignorance and desease”. In the last four years a thousand people died each year violently
India is seen abroad as a nation on the move, however the durability of the insurgence is bewildering. In addition to general factors, the tribal conditions of many Central Indian villages easily explain poverty. Minerals have been found, but the new jobs are few and low-paid. Terrorism in one third of the Indian districts discourages investments.

At the root of the political problem is the failure of the democratic institutions to operate in conformity with the lofty ideals and easy promises. Once upon a time India appeared a young nation which would conform to the noble precepts of Mahatma Gandhi, thanks among other things to the collective enthusiasm of hundred millions voting citizens. Reality is different. The governing classes were soon spending on aircraft carriers, nuclear weapons and Rolls-Royces for ambassadors, well in advance of present economic development, rather than on adequate social programs. Today huge wealth is being created in some segments, but it doesn’t reach the low classes. Gandhian idealism has been operating only nominally and sporadically, while graft and egoism have increased.