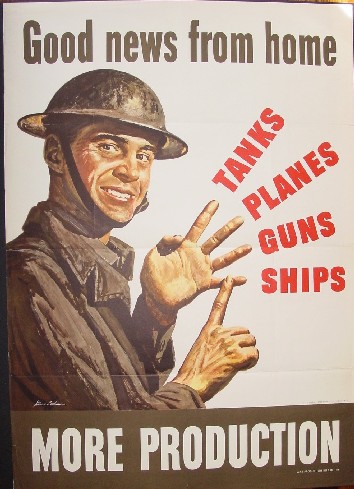 A distinguished Frenchman, who had been political chief of staff of prime minister Edouard Herriot and had played a significant role in the Paris diplomatic recognition of the USSR, went back to Moscow in 1941 as the ambassador of marshal Philippe Pétain, the head of what had survived of sovereign France after Germany’s triumph in June 1940. Bergery -a friend of the USSR, we have seen- reported that at the eve of the German invasion of June 1941, the great Soviet Union had remained as desperately destitute and hungry as at the end of the civil war, in the Twenties. But that the stern rule of Stalin had won a huge benefit from the exploitation of a nation of slaves: 40,000 tanks, 25,000 warplanes and a very powerful heavy industry.

We know that the German Blitzkrieg was immensely successful in the summer and fall of 1941, as the Soviet generals and Stalin himself didn’t expect to be assaulted so soon by Hitler. But the estimate of Bergery, if possibly exaggerated, is outstandingly meaningful. 40,000 tanks were a big multiple of the German armour that in June 1940 had smashed France and the British expeditionary force. In fact, a year later, 10,000 tanks were more than enough to achieve a triumph against the Red Army. 25,000 warplanes were a big multiple of the total numbers of the Luftwaffe in 194O. If correct, the information provided by the French diplomat means a simple thing: that the military build-up achieved by Stalin was a serious threat to the Third Reich. After all, the triumph of the German operation Barbarossa in June 1941 was obtained with one fourth of the 40,000 tanks supposedly built or bought under the iron hand of Stalin.

The hardships imposed by the war plans of the Kremlin were so intolerable that the subjected populations hated Communism well beyond its faults and crimes. If the figures quoted by ambassador Bergery are reasonably credible, the logical consequence is that the Fuehrer attacked the USSR in order to prevent Stalin from attacking first. In so doing Hitler made his biggest mistake, but probably he started his suicidal eastern war because of a real fear. In this sense he ‘did not have an alternative’.

Instead of building a socialist society, Stalin built a huge war machine. The rumors are probably reliable that the USSR put an order in the USA for ten battleships supposed to be so large that no Navy in the world possessed one of them. Such Leviathans were not built. Hitler’s fatal mistake was in not conceiving that the USA, the Arsenal of democracy, might save the USSR from oblivion. President Roosevelt died too suddenly to be confronted with the consequences of his supporting the future arch-enemy of the West. The top consequence was a Cold War which at times appeared on the verge of evolving into a nuclear conflict.