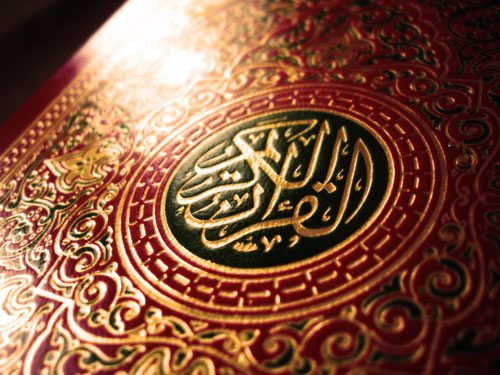 Germany has been rocked in recent weeks by questions about its “multicultural” society, and in particular about whether it will ever be able to integrate its 4 million Muslims, mostly of Turkish origin. Chancellor Angela Merkel’s recent addition to the controversy, saying that “multiculturalism has utterly failed,” while undoubtedly a political move to win over some of the 66% of voters who are disenchanted with Germany’s Turkish Muslims, merely ratchets up the heat without providing much light on the subject. But there is an irony here that no one seems to have seen: Islam is itself monocultural, with very few exceptions. There’s the Islamic way and no other way. Islam, so Muslims believe, is not a world religion but the world’s one true religion. Everyone else is an “infidel,” even so-called brothers of “The Book”, Jews and Christians.

In Turkey the irony of its Muslims being upset with Germany’s disenchantment with multiculturalism is even greater: in 1900, in Istanbul, there were over 500,000 Christians (500 years earlier, of course, its many millions were all Christians, as Constantinople (modern day Istanbul) was the Christian Church’s Eastern center). Now, however, only a few Christians remain (and these are mostly “religious”), the rest having been oppressed, persecuted, killed, or taxed out of existence. And let us also not forget, less than 100 years ago Turkey committed the first modern holocaust, against a million and a half Armenian Christians, men, women, and children—which ethnic and religious “cleansing” Turkey to this day refuses to accept responsibility for! Indeed, even to mention it in Turkey is a crime against the state! (This holocaust, incidentally, would later give Hitler the idea of doing something similar to the Jews of Germany and Europe.)

This, then, is a parable of how Islam treats non-Islamic cultures. To say that Islam is against multiculturalism is but to speak in gross understatement. Non-Muslims are not, and perhaps never will be integrated into Muslim societies. Even today, for example, it is not safe to be an open Christian in most Islamic countries, and one may not proselytize one’s Christian faith, on pain of death—and to convert from Islam to Christianity brings an automatic repudiation by one’s family and, in many Islamic countries, an automatic death sentence as well! So much for Islamic tolerance and “multiculturalism.”

The crisis in Islam, then, is precisely this: How can it continue to complain about western countries’ treatment of Muslims while it itself oppresses and persecutes, and refuses to integrate and accept its own non-Muslims? Indeed, Islam even persecutes, and kills, its fellow Muslims if they are members of a different Islamic sect! The hypocrisy of Muslims, then, complaining about non-tolerance of its own religion in western countries is both irrational and truly maddening.

Indeed, even after 1400 years, since the rise of Islam, Muslims have yet to allow non-Muslims to be fully integrated into their society, or even to live normal lives. For example, as recently as the 1967 Arab-Israeli war, Christian churches in Muslim-controlled Palestine were not permitted to be renovated! Only after Israel had won the war, and taken control of part of the territory, could Christians carry out long-needed repairs to their churches. (But the persecution of Christians in Muslim-controlled Palestine has continued unabated, with some towns, like Bethlehem, losing almost all of its Christians.) And in all Muslim lands, the building of new churches is either strictly forbidden or sharply curtailed. And there are few signs of anything changing in the long term, much less the short term.

Westerners—including Germans—aren’t blind. They see these things, and it worries them. For once a population of Muslims achieves a certain degree of numerical power, as in Lebanon, then Christianity (or any other non-Muslim religion) is forced onto the defensive, since Islam is strictly “monocultural.” There is simply no such thing as Islamic tolerance, let alone full, complete and permanent acceptance, equality, and integration of non-Muslims. No Muslim country, for example, has a “bill of rights”(both de jure and de facto) to protect its non-Muslims and to guarantee them full equality and acceptance; and no Muslim country is multicultural in the same way that almost all Western countries are. This rightfully worries countries with growing Muslim populations.

Moreover, It is not even certain that most Muslims wish to be fully integrated since there are so many professions Muslims refuse to enter, and academic subjects they refuse to study, let alone obtain a degree in—fields such as world history, philosophy, world religions, the philosophy of religion, Christian theology, a history of the Church, biblical studies (not to mention Judaic, Hindu, Buddhist, Confucian, Taoist studies, or the study of primitive and prehistoric religions ), inter alia, let alone verboten subjects like the fine arts. When I was studying in Germany, in my classes I met and befriended a Turkish lawyer and his lawyer wife. They spent almost every weekend for several months meeting with young Turks in Berlin, trying to persuade them to study, stay in school, integrate, become part of their new society. But they were unsuccessful in their appeals—and this was nearly 10 years ago. Evidently little has changed since then.

Should we ourselves in the West, then, be multicultural? Should we accept Muslims since they in their own countries don’t accept us? By all means. That’s what’s so important about the Judaeo-Christian western culture: from Christ comes the commandment to love and to serve others—Muslims included! These commandments are what make western culture so vital, open, flexible, dynamic, and creative. But on the other hand, Muslims who “become westernized”—i.e., those who come to the West to live—must then adopt their host country’s laws, due process, constitutional rights, and western ways of approaching life—which many still refuse to do. (“Honor” killings, the treatment of women and children, and bigamy are but three examples of their refusal to adapt to their new country’s different laws and mores.)

If Muslims wish to be fully integrated, then the challenge is for them, too, to be open and tolerant and accepting in their own cultures—i.e., to be “multicultural” even as they expect the same treatment from western countries. But this must mean, first and foremost, to lay aside permanently their eternal war with so-called “infidels,” including those people they deem to have been disrespectful of Allah or Mohammed, and therefore must be “punished.” Not to do so opens them to the crippling charge of hypocrisy, and puts at risk their lasting acceptance, and final integration, into Western societies, to which they have come voluntarily seeking a better, more open, more dynamic, and more secure way of life.

We in the West have no stomach for their religious fratricide or wars against “infidels” (ours ended for the most part well over 200 years ago—and was in any event a negation, not an affirmation, of Christianity!). The beauty and wisdom of Christianity lies precisely in its counsels to love, to serve, and to forgive—and to seek genuine and lasting peace among all men.

We do not wish, as a culture, to give up these precious ideals, and to substitute for them instead endless warfare with and hatred of “infidels”. History has moved on—in the West—beyond such insanity and sacrilege; there can be no going back now to that earlier, barbaric, less tolerant way of life without also destroying everything good that we presently enjoy in western culture.

Islam, then, is in crisis: It may stay where it is and risk rejection from the West—or it can adopt tolerance and acceptance as its twin modes of being, and be at peace with both itself and the world—and therewith become a vital, vibrant and contributing part of the world community. Let us hope it has enough wisdom to choose the right path—for its own sake, as well as for the peace, security, and happiness of the whole world.