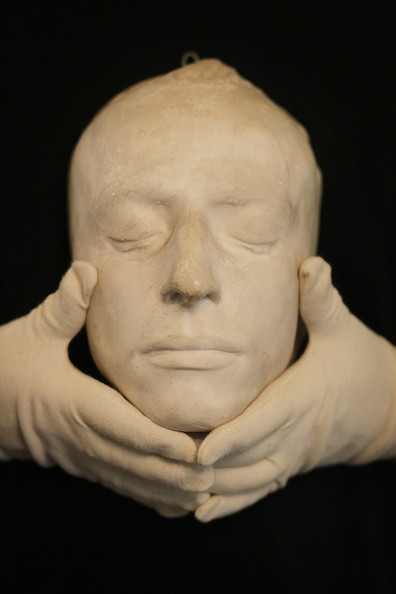 A group of neuroscientists, as reported in a NYTimes article, went on a vacation in Glen Canyon Recreation Area, Utah, in order to see for themselves if, and possibly how, Nature might affect their brains, long accustomed (if not addicted) to electronic stimulation via cell phones, emails, computers, etc.

They already know (what most don’t) that too much stimulation has a negative affect on the brain. Dr. Strayer of the U of Utah says that “too much digital stimulation can ‘take people who would be functioning O.K. and put them in a range where they’re not psychologically healthy.’” Another scientist who has studied teenagers’ compulsive use of cellphones argues that “heavy technology use can inhibit deep thinking and cause anxiety.” They know, further, that “(b)ehavioral studies have shown that performance suffers when people multitask.” And all are mindful of a seminal U of Michigan study “that showed people can learn better after walking in the woods than after walking a busy street.” Hence their trip to Glen Canyon and away from the city and the university with all its pervasive electronic stimulation. They want to see for themselves what kind of power Nature possesses in counteracting our modern-day over-stimulated lives.

After three days in the wilderness a state of relaxation called “third-day syndrome” sets in, in which time “slows,” one is more in tune with nature, has more energy, including mental energy, and with clearer thoughts as a result.

Now let me share my experiences, which mirror what these neuroscientists have discovered on their trip “back to nature.”

For three years, from 4th through 6th grade, our family moved to a farm outside of Cincinnati, where my father worked. He chose to drive to work, over an hour each way (when doing so was uncommon) in order to enjoy the benefits of living close to nature. For us it wasn’t a great adjustment, however, since my parents’ best friends already lived on a farm and growing up we spent many weekends, and many holidays, visiting them. After class in my rural school was over, and after a three-mile walk home, I spent before-supper and after-supper time roaming in our fields, or riding our horses, or exploring our little streams and banks, or swimming in, or ice-skating on, our ponds, or playing all sorts of outdoor games with my sisters and our friends. Life on our farm truly was never boring: and “nature never did betray the heart that loved her.”

When we moved back to Cincinnati, I lost part of myself which, all these years later, I still mourn, so wonderful was that experience.

A decade later, during spring break from college, a friend and I went on a 10-day canoeing trip on a big lake in Canada. We paddled all day, slept on little islands in the lake at night, and ate (inter alia) fresh sturgeon with eggs, which was indescribably delicious. We brought no electronics with us. We lovingly took in nature and her beauty, talked, read, thought, contemplated, drank from the lake (so pure and utterly delicious and refreshing was its water), admired the sparkling stars at night, and felt a one-ness with nature which was almost a mystical experience. When our trip was over and we returned to our car, by reflex I turned on the radio—and such a jarring, unnatural, unwelcome “noise” assaulted our ears that I had to turn it off immediately. We then drove the long way home (10 hours) without music. Years later, when I was studying German in Freiburg, Germany, I would hike in the Schwarzwald (The Black Forest) every day after class, through all seasons, fall through summer, for a minimum of three hours. It was then, and has remained for me since, one of life’s most wonderful experiences. However harried I may have been after class, or however lonely for my family and friends, I was always renewed after my nature-hike, and could then return, refreshed, to Freiburg and to class.

I mention these personal experiences because the neuroscientists’ surprise at being “re-made” in nature is only a surprise to those who have never experienced her beauty and grace before. One need only read (eg) poems of Keats or Wordsworth or Coleridge to find out how much they themselves were restored by nature and healed of the negatives effects of living too long “in (a) city pent.” But the same restorative powers of nature I feel sure apply to electronic stimulation/addiction too: Nature brings us back to our real selves, and provides a healing which cannot otherwise be had.

In my English classes in Korea, an ultra-wired country with addiction to technology being a real problem among young people, I daily see the negative effects of the omnipresence of cell-phones and texting, and of hours daily spent playing computer games after (or before) school and how this saps the minds of so many of my students, leaving them distracted and unable to think, making learning for them almost impossible—which harmful effects, by the way, are clear to all of us teachers. A return to nature would certainly be one way to restore, insofar as possible, a sense of normality to these students’ lives. But one doesn’t need to be a neuroscientist to discover this. Just take a walk out into nature yourself sometime, sans cell, laptop, iPod, etc, and Mother Nature will awaken depths long-forgotten and unused. And life will have restored to it much of its lost beauty and grace—and the joie de vivre which seems to be absent among so many young people today.

“To one who has been long in city pent,
‘Tis very sweet too look into the fair
And open face of heaven,–to breathe a prayer
Full in the smile of the blue firmament.
Who is more happy, when, with heart’s content,
Fatigued he sinks into some pleasant lair
Of wavy grass, and reads a debonair
And gentle tale of love and languishment?
Returning home at evening, with an ear
Catching the notes of Philomel,–an eye
Watching the sailing cloudlet’s bright career,
He mourns that day so soon has glided by:
E’en like the passage of an angel’s tear
That falls through the clear ether silently.
–John Keats, To One Who Has Been Long In City Pent