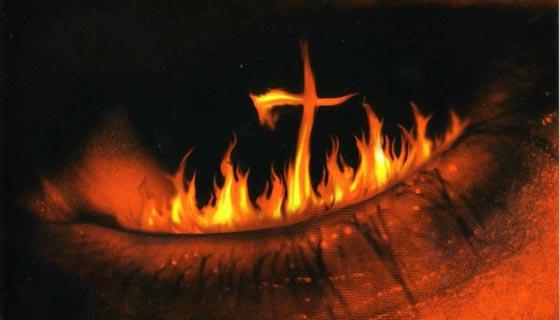 My hypothesis has proven true.

The wrenching of sex out of its life- and biblical-context, as conservative as that may sound, is, I believe, nevertheless the correct view in the diagnosis and therapy of our culture’s obsession with sex. Our cultural separation of sex from its natural context of marriage has weakened our culture intellectually and spiritually. The violation of this God-given understanding of the nature and reality of sex has caused untold damage to countless numbers of people, has fueled a sex trade and sex-slavery, driven the divorce rate sky-high, led to an epidemic of college and high school rapes, including by teachers both male and female, left countless numbers of people dissatisfied sexually, and cheapened an inestimably valuable gift from God which ought to bring two people together in rarified physical intimacy. And—it is the means by which we establish a family, which is, or ought to be, the most valued aspect of our sensate Life.

The first question, for me, has a clear answer: the Internet promotes sexuality apart from marriage simply by offering a surfer an infinite number of sex websites, which are predicated upon separating flesh from spirit, pleasure from commitment, and the “I” from the “We” in marriage. Through video and photo, sex is treated as a thing-in-itself rather than as an act embedded in an emotional and spiritual context apart from which sex becomes superficial, obsessive, and tragic in its manifestations. But the media too—all of which maintain an Internet presence—are obsessed with sex and the body. It is impossible today to find media which refuse to cater to sexuality. As a consequence, kids are caught up in sex in a deeply harmful way. It is this omnipresent sexuality in our culture that fuels child porn, sex-slavery, inappropriate teacher-student relationships, and a general confusion today about what the function of sex is in human society.

This trend began more visibly with Kinsey in the 50’s, the women’s movement in the 60’s, the hippie/counterculture in the 60’s and 70’s, the cultural acceptance of a couple living together unmarried from the 60’s, the sexualization of the media (talk shows, reality TV, etc) from the late 70’s, the gay/lesbian revolution in the late 20th and the beginning of the 21st centuries, the ordination of clergy who are not celibate (if single) in the 90’s, and a general hyper-sexualized social media-aided culture created, and fed, by the Internet since its inception.

I wrote an article last year about how even in some elementary schools inappropriate discussions of a person’s sexuality have entered into their education. (For example, asking a student in class what kind of sex he or she has engaged in.) Indeed, sex is now so generally pervasive in society, and so ubiquitous in all the media, that one hardly questions its presence.

Sex in context is, as I see it, so clearly the issue that I am in wonder that this fact hasn’t completely permeated society. In my researches, the lack of context meant that the couple could not truly appreciate the sex act. What are some of the factors that make up context? Age, marital status, personality, and religion.

Age: Sex in the modern world is not meant for young people. Marital status: Sex is meant for people who are married, i.e., are in a committed, life-long relationship. Personality: Sex depends on people who are mature; who are sensitive, caring, and giving. Sex is meant to be one of many factors in our development as a human being. The sexual act is meant to be the cement to bind the two more closely together. It was never meant to be the essence, or the entirety, of the relationship; it only assists the relationship. All true relationships are founded on depth of personality, including depth of intellect—something our culture despises. Religion: It ought to sanctify sex rather than, so often, condemn it. God created us as (inter alia) sexual beings. But—in context, as only one factor in human life and personality.

This in-context is particularly important in the black community, where single-parent households are the overwhelming parental model. It is an issue the black community continues to ignore, with tragic results. One-third of all black men will have spent time in jail during their lifetime; 58% of juveniles sentenced to prison are black. That this isn’t taken up as a crusade by the black church is simply incomprehensible.

Ironically, blacks are willfully doing to their culture what Southern slave owners did. In the 1800’s in the South, relationships were interfered with on a massive scale, by owners raping their female slaves, having mistresses, or just breaking up the family and/or relationships for economic or punitive reasons.

There is so much domestic violence in society in part because of our emphasis on sexuality. People come together for sex rather than out of an interest in personality. Hence the relationship lacks one or more of the key factors mentioned above. But without these factors the relationship can’t be put on a mature footing. A major reason I undertook to research and write this article is because I feel that an easy attitude towards sex also makes violence more prevalent, a hypothesis I can’t, however, prove. Still. Statistics can be compelling. 1 in 10 men and 3 in 10 women were raped last year. 1 in 3 female homicides are by a current or former partner. Children who come from families where there is violence suffer abuse or neglect at high rates (30-60%). Boys who witness or themselves have suffered from violence become abusers themselves. Half of all men and women have experienced psychological aggression. Parents and relatives are hurting our young today, scaring them physically, mentally, and emotionally, because the parent(s) should never have had a child in the first place. The low graduation rates from high school, let alone college, also contribute to this malaise of emotionally scarred/immature kids having kids, whom they in turn scar. It is a serious social problem. Can we fix it?

Most people who read this article will be scornful—and dismissive— of my conclusions. Some may even say “It isn’t possible to be celibate before marriage; it’s not part of human nature.” But if one’s faith is sincere, if one wants to change one’s behavior, and if one believes that chastity before marriage is vitally important both for the couple and for society-at-large, then I believe one will be enabled to be chaste.

Unfortunately, our society no longer values marriage, fidelity, chastity, purity of heart and mind, or the intellectual or cultural life—and yet these factors are absolutely essential, in my opinion, to having a happy, fulfilled, committed marital relationship. In vain will one search for these things on TV or in the movies. All one has to do is turn to Fox or Huffington or

“celebrity” web-sites to see how cheapened sex has become (along with the news, one might add). They can’t let a single day go by without bringing in sex somehow. “Sex sells.” Yes, unfortunately it does, to the detriment of society.

God created sex to be part of a life-long, committed relationship, which is meant to be mature, giving, and forgiving. The relationship ideally should also have an intellectual component (since only humans have reason in the degree that we do); this strengthens the relationship, deepens it, and provides different venues for conversation. It is a component which our society never mentions, even though it is one of the strongest ties binding two people together. Ideas matter. Period.

The only way that I see for society to move beyond its sex obsession as well as its penchant for domestic violence is for a return to (intelligent, compassionate, wise) religion. This will not strike many people as very progressive, I’m afraid. It is, however—like it or not—the foundation of our western morality. It is also the only thing which I am aware of that can make us alter our life’s path, and bring to our souls the depth and height of God’s love by which lives are changed.

Christ promised those who believed in his name that we can become new creatures. If our society is to be redeemed—to reduce rape, sexual slavery, promiscuity, not to mention aggression (physical and psychological), domestic violence, crime, etc.,–I believe that only the fullness of religious conversion can remake us in His image. With God, all things are possible. Man sins, but God redeems, and glorifies. 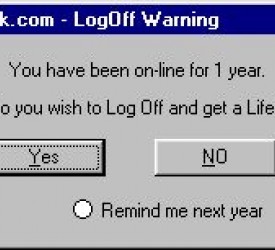