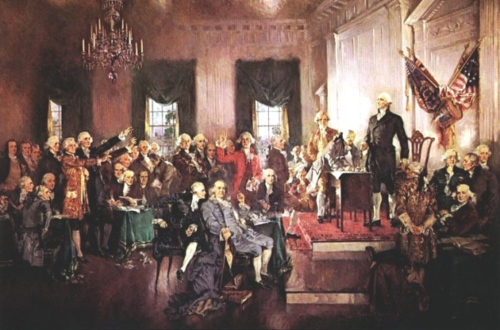 As politicians go, former Italian prime minister Romano Prodi is unusually familiar with the economics of the international scene. He also headed the Brussels Commission, governing body of the European Union. Beforehand he was the czar of IRI, the giant conglomerate of the largest State-owned Italian industries, from steelworks to banks to shipbuilding and much more. He is a full economics professor in the prestigious Bologna university. He is a member of an exceptionally gifted family of eight or nine tenured academics. He is presently a top consultant of the Peking government.

A few days ago I listened professor Prodi explaining why the USA has inevitably lost the absolute hegemony on the planet: . If Prodi is right, the exhorbitant investment in wars and armaments in the last 93 years, beginning with president Wilson forcing America into WW1, has actually weakened the United States. The present cost accepted in Afghanistan only is $100 billion a year, to the obvious detriment of civilian programs that would almost certainly cut the 10% American unemployment to the physiological level of 3 to 6 per cent. Of course, should Uncle Sam wind up the adventure in Afghanistan, the American war industries would suffer. But the civilian programs would in all probability determine a positive algebraic sum. It’s not sure that president Obama would have lost the midterm elections so badly, had he announced Tennessee Valley-type programs to the tune of $100 billion a year.

The abovementioned ‘law’ that Prodi the economist enunciated should probably be enlarged with a plain corollary, or additional inference: a government spends too much on arms when it is too rich. This probably means that the wondrous economic success of last three centuries is really the bane of the American happiness, while happiness loomed large in the inspiration and doctrines of the Founding Fathers. So converting to no-growth is theoretically a prerequisite to a comeback of sanity in America and elsewhere. Saudi Arabia’s recently announced buying American weapons for a volume which would be high even to the Pentagon is the very opposite of sanity. Shall Uncle Sam one day be the recipient of international aid programs of the kind of the Marshall Plan?

The mark of absolute, fashinating youth was the American newborn Republic being penniless. The US Treasury had debts rather than funds. No immediate receipt was available. A number of months elapsed before the first money came in (a custom duty levied by a law of Congress). At that point the federal bureaucracy numbered a few dozen persons. The permanent Army of the US reckoned 700 men. The nation’s richest gentleman was a farmer, president George Washington, the owner of Mount Vernon. His property was large, 8,000 tillable acres plus bush, but the product was lilliputian when seen with today’s eyes.

Adolescent America soon became the sweetheart of the world. Slimming and discarding armor is mandatory to present obese America should she try to reclaim part of her beauty and loveliness.