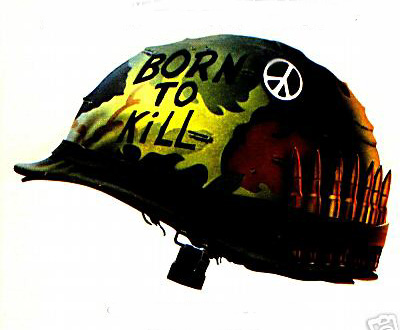 Drones have certainly transformed the U.S. military: of late the American government has gotten very good at extending its physical presence for the purpose of killing people. Ten years ago the Pentagon had about 50 drones; currently it has some 7,500. The U.S. military reported carrying out 447 drone attacks in Afghanistan in the first 11 months of 2012. Since Obama took office, the U.S. has executed more than 300 covert drone attacks in Pakistan, a country with which America is not at war. Already  (Febr.11, 2013) this year there are credible reports of five covert attacks in Pakistan and as many as eight in Yemen, including one on January 21, the day of Obama’s second Inauguration.

The military logic couldn’t be clearer. They are a persistent presence over the battlefield, gathering their own intelligence and then providing  an instantaneous response. With drones the U.S. can exert force not only

instantly but undeterred by the risk of incurring American casualties or massive logistical bills, and without the terrestrial baggage of geography; the only relevant geography is that of the global communications grid.

Strictly by the numbers, America’s drone campaign has been an overwhelming success. According to the New America Foundation, a nonprofit public-policy institute based in Washington, U.S. drone attacks have claimed the lives of more that 50 high-value al-Qaeda and Taliban leaders. But the seductive theoretical simplicity of drone warfare -omniscient surveillance, surgical precision, zero risk- has led the nation into a labyrinth of confusion and moral compromise. In 2012 Obama described the drone campaign as “a targeted, focused effort at people who are on a list of active terrorists trying to harm Americans” that hasn’t caused  “a huge number of civilian casualties”.

Whether this is accurate may depend on what the word huge  means to you. Drone strikes in Afghanistan are conducted by the military and are mostly overt, but elsewhere they are carried out either solely or jointly by CIA and are generally covert, meaning the U.S. doesn’t admit that the’re happening.

The morality of the U.S. drone campaign, and its legality under domestic or international law, is the subject of bitter debate. A U.N. special rapporteur has written, “if other states were to claim the broad-based authority that the United States does, to kill people anywhere, anytime, the result would be chaos”. The U.N. announced a special investigation into civilian deaths resulting from U.S. drone attacks.

The practical effectiveness of drone strikes is undermined by their tendency to outrage and radicalize populations against the U.S. As controversial as  it is, there was heartwarming bipartisan agreement in last fall’s presidential election that American drone policy wasn’t doing to be seriously discussed by either candidate.

Last fall the law schools at Stanford and NYU issued a report, “Life Under Drones”, which was based on 130 interviews with Pakistanis. It makes for unsettling reading. The moral ambiguity of covert drone strikes will clarify itself very quickly if another country claims the right under international law to strike its enemies in the U.S. Right now the U.S. is the only nation that operates drones on a large scale, but that will change: flying drones is hard, but it’s not that hard. There are 76 other countries either developing drones or shopping for them; both Hizballah and Hamas have flown drones already.

There may come a day when the U.S. bitterly regrets the precedents it has set.