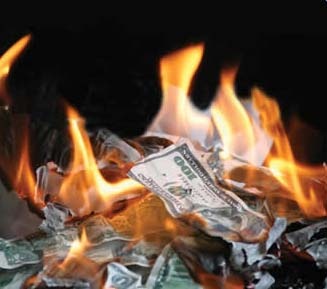 I wrote this several years ago. It still stands. But the figure about whom I wrote, instead of being criticized, is still lionized.  Today, October 27, 2013, Jack Welch is on his own show on CNBC’s “One-On-One With Jack Welch”, when, given his notorious record at GE, he should, at the very least, be shunned. Oh. I forgot to mention: GE owns NBC.

Corporations are today the dominant institution in life, both at home and abroad. Their reach and influence and power are unexcelled, and perhaps unexampled in history. They enjoy the kind of omnipresence and omnipotence that made the Christian Church the dominant institution of the Middle Ages-only more so. In the Middle Ages there were two realms: the earthly and the spiritual. The Church was exalted above the earthly realm, which by and large went its way content with this hierarchical ordering of life that put a premium on spiritual things, and made the princes of this realm subject to the princes of the next. But for the corporation there is one, and only one, realm and rule: the Kingdom of Profit here and now.

The major differences between these two world-dominant institutions, the Church and the Corporation, are these: The Church exists for the sake of the individual, while the individual, first and last, exists for the sake of the Corporation. The former strives to enhance life: the latter cares only for profit, even at the expense of life. The former is mindful of the earthly battle between good and evil: the latter is mindful only of the battle for increasing profits. The one enhances and deepens life, to create a caring, loving community based on self-giving love: the other pursues profit, even to the point of destroying life and community. One strives to make men fit to meet their Maker: the other destroys men’s souls when engaged in the single-minded pursuit of profit at any cost. One is liberating: the other enslaving. One seeks Truth, Goodness, and Beauty: the other only Gain. One develops and fosters a person’s independence: the other demands radical dependency. One is adjured to care for all of creation no matter the cost: the other cares only for the bottom line. One strives to incarnate radical goodness and love: the other, legally, is bidden to be, and is in fact, radically selfish and amoral.

Jack Welch retired from General Electric in 2001, having been its CEO since 1981. Under his leadership, GE developed from a $13 billion dollar corporation into one worth hundreds of billions of dollars, becoming in the process the second largest corporation in the world. And along the way Welch became famous. As one biography says, “…Jack Welch’s management skills became almost legendary. His no nonsense leadership style gave him a reputation of being hard, even ruthless but also fair when making business decisions.” He urged his managers to follow the “GE ethic of constant change and striving to do better.” The biography goes on to state that under Welch’s tenure each business under the GE (conglomerate) umbrella “was one of the best in its field.” Since retiring (amidst much praise and adulation from his peers and the media), Welch has penned a best-selling memoir “Jack, Straight From The Gut,” and now advises other Fortune 500 companies as well.

But this is only part of his biography: the other, seamier side is carefully hidden from view by both GE, Jack Welch, and the media.

In 2002, United For A Fair Economy, a corporate watch-dog, gave GE its “special lifetime achievement award” “for scoring the highest average rank across 10 bad (corporate) habits”, outdistancing second-place Enron (!) by an astounding 45%. Canadian law professor and expert on the corporation, Joel Bakan, writes that in only 11 years, from 1990-2001, GE had been charged with 47 “major legal breeches.” What kinds of things has GE done?

Between 1990-1994 GE was charged with 15 cases of fraud in Department of Defence contracts. In 1995 GE paid a $7.1 million dollar fine in a fraud suit for having sold thousands of jet engines to the military without complying with the military’s testing requirements. In 1997 GE pled guilty to defrauding the military out of $10 million dollars for a battlefield computer system. In 1985 GE pled guilty to fraud and falsifying 108 claims on a missile contract. GE-designed nuclear reactors around the world have now been shown to have serious design flaws that imperil surrounding populations; this is also true of its boiling water reactors both here and abroad, with its threat of radioactive fuel rod contamination. GE has also been a “serial polluter” of PCBs and other chemicals at its many plant sites, contaminating both soil , ground-water, and rivers. GE was found to have built defective wiring and cables into 754 NYC subway cars. GE has had to pay a $100 million dollar fine for “unfair debt collection practices.” GE was found guilty of fraud and money-laundering in an unauthorized sale of jets to Israel. The list goes on and on. Clearly “striving to do better” and “being the best in one’s field” mean one thing to Welch and GE and quite another to the rest of us.

This is what makes corporations so dangerous and so evil. There is no ultimate accountability. They are in essence a law unto themselves, backed (and white-washed) by a media which it largely controls (eg, GE owns NBC) or influences through its power of advertising, and politicians to whom they have contributed money and so now have “great influence” with, and a largely pro-business judicial system. So the buck literally stops Nowhere. Since the corporation legally has been defined as a “person,” only it–this non-existent “person”–by and large suffers the force of the law…and that almost always ends in fines. Which to a wealthy corporation like GE means exactly nothing.

Jack Welch has spent not a single day in prison–likely not even a single day in court. But if you or I had repeatedly defrauded the federal government, engaged in serial, damaging pollution, not to mention money-laundering (inter alia), we surely would have suffered fully for it–and not only just seen the inside of a courtroom but also spent many years in federal prison!

With there being no real deterrence to crime, a corporation just adds up the “externalities”, as it calls them. If I break the law (it says), how much will I profit by it as against how much will it cost (if I get caught). A corporation’s modus operandi, or manner of operation, is done strictly on a “cost-benefit” analysis, leaving aside all concern for ethics, the environment, the worker, safety, etc.
What one ought to do is quite simply never considered, only what will bring in the greatest profit.

So today we have this frightening specter of the most powerful institution in the world being a law unto itself, with the spiritual realm, and its imperatives for goodness and truth, not so much as even influencing, let alone determining, its policies, practices, or goals.

And unfortunately, society always pays in the end, exactly as we are now doing in the Gulf of Mexico–but the CEO nearly always retains his honor, his respect, and his good name–no matter what.