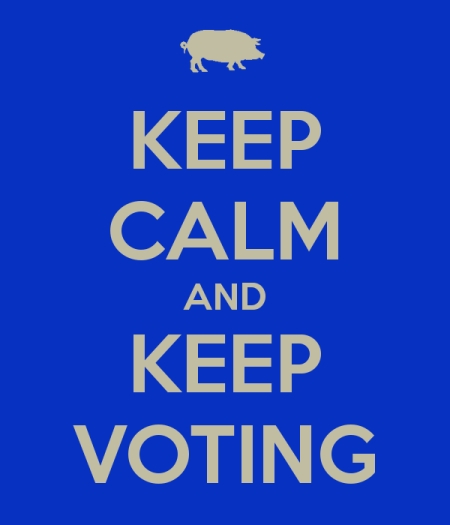 They have quasi-arrested, however shortly, former president Sarkozy -which is very good. But they, better all of us, should do much more: should cancel professional politics. No country will ever clear its politics of corruption without shutting and sealing the ballot-boxes for good.

Three, even four centuries of electoral democracy in North America have proved beyond any doubt that money rules the political system of the West. If you cannot invest a lot of money you don’t even conceive to be elected a representative of the ‘sovereign’ people, at any level. If you are not a millionaire, you must either offer yourself to Big Money, or you must convince a great many electors to be silly enough to donate small amounts to your election fund. In both cases you will be under the obbligation to return the gifts in some way. Politics, that is capturing votes, is so expensive that truly honest politicians do not exist -cannot exist.

Only exceptions, those few abnormally wealthy persons who will enter politics for innocent ambition rather than illegitimate designs. Sometimes, not at all always, said tycoons can be said to have become politicians out of respectable intentions. A number of plutocrats did so in history, from Pericles to scores of optimates of our days. Unfortunately the business of plutocrats is plutocracy, i.e. strengthening the egemony of money.

Needless to say, the greed of politicians does not stop at simply paying the bill of campaigns and electioneering. Most professionals of representative democracy are soon enticed by the prospect of becoming rich, of upgrading their station in life, from eager fortune-seekers to millionaires. Italy of course has got the distinction of possessing the most avid caste of politicians in the Western world. Practically all members of the Italian regional legislatures and administrations are presently under judicial investigation for embezzlement and other crimes. Every Italian professional of democracy has his price.

The salvation is Sortition, of course. One day members of assemblies and other officials will be selected by the lot, for short terms of office. The need for them to spend, in order to be elected will disappear. Randomcracy (direct, selective democracy) will substitute our rotten institutions. Sometimes it will occur that the lot selects the wrong persons, but their terms will not be long, their harm will be tiny. Above all, they will not have political debts to repay. Sortition is the only conceivable protection against venality and other felonies by normally putrid career-politicians.

Italia docet  (if you prefer, Sarkozy docet): hoping that career-politicians will redeem themselves from the bondage of sin, and will become honest, is worse than naive, is stupid. They simply go on being dishonest. In America several politicians stay in office for their entire adult life. Their silly electors keep voting them indefinitely. Very often their scions and heirs do the same.

That France has exposed corruption in the highest place (presidents Chirac, Giscard d’Estaing, even Mitterrand, can be also mentioned) is splendid news. Sortition will never have a chance, worldwide, if something really enormous doesn’t happen to lay open the absurdity of remain enslaved to the mechanism of election with built-in corruption. It was in a distant, totally different age, that we could not do without representation of the parliamentary type. It was so when the mass of citizens were poor, ignorant and feeble in front of sovereigns and aristocracies;  when they did not travel, did not speak languages, did not communicate, were not part of a global, hypertechnological community. Today a great many electors are more educated or qualified than their elected delegates.

We now live in a future ‘which has already begun’. In order to get rid of elected politicians we shall have to rely to ever increasing disclosures of political crimes and misconducts. Only such crimes will someday force us to stop staying subjected and spiritless. To the effect of such rebellion we shall want hundreds of behaviors the likes of the  French presidents’, better, of the typical Italian elected rascals’. Their malfeasances will bring Randomcracy nearer. Monsieur Sarkozy and his peers deserve our applause: they will be our Liberators.