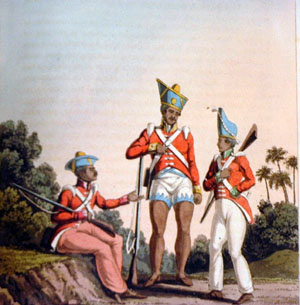 Every time a non-American Nato warrior is killed in Afghanistan some politicians and/or gurus in the country of the dead rinse their throats with the syllogism (sort of): casualties must be accepted so the crusade for democracy and human rights will triumph. Is it so?

Apart that most crusades in history failed, the truth is that the Nato coalition is not fighting for noble goals. It is waging another colonial conquest war of the United States, a one similar to the wars against Mexico, Spain or Iraq. All empires on Earth were more or less built through colonial wars; but in the past justifications for conquests were not needed. Today it’s different -so Obama and his advisors are in trouble.

It’s a lie, a delusion anyway, that Islamic fundamentalism will be deleted if the West quells Afghanistan. A few thousand caves can be obliterated there by drones, missiles and flamethrowers (with children killed as collateral damages), but a great many more caves exist on the planet. Terrorist can also operate where caves are lacking. Is the Nato coalition going to wage wars in each continent?

If terrorism cannot be cancelled with the tools of the Pentagon, just two justifications remain for the Afghan crusade: a) saving the face of a Nobel prizewinner (for peace!) who is also the supreme warlord on the planet; b) expanding the American possessions in Central Asia. From the colonialist viewpoint, the above justifications are perfectly legitimate. But they involve only the U.S. and those mercenary governments that have been promised tangible gains in payment of their war efforts, casualties and crimes included. Such governments supply, among other things, the sepoys general Petreus needs. The sepoy was a native East Indian employed as a soldier by Britain. Today native Britons are Obama’s best sepoys.

Rome will possibly send additional sepoys (in Italian: ascari) to serve under Petreus. What gains has been assured if Afghanistan is conquered with the help of carabinieri? A share in the government of the world? Of course not. Pentagon contracts and deals are the real prizes for Italy. So highly incongrous are the efforts to throw Italy into mourning when three-color coffins arrive from Afghanistan. The victims of that war were not heroes, as their fatherland was not imperiled. They were professionals seeking career and money. They also died for the sake of jobs and dividends for the national economy.

Italy should drastically cut her military budget, and the same should do all countries of the world, US included. As to Rome, her armed forces should be miniaturized to the size of auxiliaries of the civilian police. Armed forces are immorally expensive and evil.

Recently a traditionalist Italian reader asked former ambassador Sergio Romano, a foremost commentator on international affairs, the following question: the new government of Britain will significantly lower its military budget. Insn’t this going to damage London’s international role? The ambassador’s answer: Britain’s budget deficit is twice the Italian one. Now that the British might has practically disappeared, Premier David Cameron is right in cancelling 20 to 30 per cent of the military expense, and even more right in abandoning the conventional diplomatic strategy of the last 65 years. “The special partnership with Washington forced Britain into two wars which were mistaken”.

An additional appraisal of the former ambassador: “The U.S. have misused their planetary leadership and are responsible for the major crisis, especially the financial ones, of the last decade. The Afghan war has infected Pakistan and the Caucasus. So the American leadership is on the wane.”

The logical inference is that the allies of Washington should stop behaving as Sepoy States.