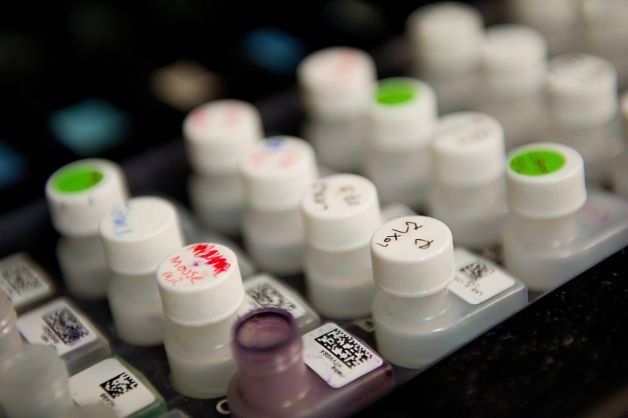 John C. Martin, CEO of Gilead Sciences, a pharmaceutical company, has set a price of $1,000/pill in the US for the newly-approved drug Sovaldi, which has recently been proven to cure Hepatitis C. The full treatment would require 84 pills, which in combination with other drugs would raise the price of a cure to around $150,000 per patient. Since Hepatitis C patients are largely from minority and low-income families, most would not be able to afford the high cost of this life-saving treatment even with private insurance or Medicaid.

Drug companies routinely charge more in the US than in countries that set price controls. By way of comparison, the same treatment for Hepatitis C of 84 pills that sells in the US for $84,000 sells in Egypt (and with a profit) for a total of only $1,000—a whopping 8400% increase for the American market! This is nothing less than institutional rape. At this extortion price, treating patients with Hepatitis C would cost in the billions of dollars, bankrupting Medicaid. The wisdom of establishing price controls over medicines ought now to be apparent. This extortion price of $1,000/pill would cause untold suffering, since it would take Medicaid monies away from other patients in order to fund Hepatitis C patients, or else it would mean treating fewer patients with Hepatitis C. Either way this high price will cause senseless suffering and death—despite an affordable cure at hand!

How much does Dr. Martin make as CEO of Gilead? In 2013 he made over $15 million dollars—that’s $41,000/day! In just two days he earns more than most teachers earn in a year! No wonder Martin has little sympathy for the suffering poor. Perhaps now we can understand more profoundly the sayings of Christ about the rich, which were no doubt born of the same frustration dealing with them in his day as we feel in our own: “The rich will have a difficult time getting into heaven” and “It will be easier for a camel to go through the eye of a needle than for a rich man to get into heaven.”

To be wealthy carries with it responsibilities and duties, something the rich in every era do not want to contemplate. This current case of pricing a cure beyond the reach of the sufferers enables us to see very acutely that wealth can be a blessing or a curse, depending upon one’s character. Andrew Carnegie, the richest man of his day, upon retiring said: “The amassing of wealth is one of the worst species of idolatry…To continue…with most of my thoughts wholly upon the way to make more money in the shortest time, must degrade me beyond the hope of permanent recovery.” By “idolatry” Carnegie meant that the end—money-making—justifies any and every means. Morality is sacrificed on the altar of Money-making. Instead of worshipping The One True God, the money-maker worships his one true god, Avarice.  And none shall exist beside it.

The Republicans and Tea Party folk would of course applaud, as we all would, the ingenuity of Gilead in developing this wonder drug; but they would then undoubtedly add: “To the victor belong the spoils,” i.e., it’s Gilead’s right to charge whatever it thinks the market can bear—and “(big) government” stay out! Let the market itself be the “corrector,” not the government!

On the surface this has a certain plausibility to it: If the market can’t bear the price, then the market will correct it (so goes the Free Market theory). But life—and economics—is rarely so cut-and-dried. Two things are operating here that don’t fit this neat little schema. First, the government cannot allow too many of the sick to die, at risk of alienating the public and of being accused of indifference to the sick and dying (which tension I am sure Gilead is only too aware of); and secondly, health insurance (Medicaid, for example) is not taken into account in discussions of a Free Market. That is, the buck stops not with the individual (his free will choice) or with the larger workings of the Free Market, but with Medicaid (the government’s “artificial” path to help those who otherwise would not be able to afford the high price of US medical care and medicines). Thus this is not a pure market scenario of supply and demand, as Conservatives would no doubt preach, but one “distorted,” if you will, by ethics and compassion as well as the politics of the sick and dying.

The “Achilles’ heel” of the Free Market argument resides in the fact that the fullness of human nature is not taken into account; specifically, man’s sinful nature is left out of the picture altogether. Anytime a theory of human action lacks this crucial component of human nature, it can’t work as it is supposed to. (This was also true of Communism, and why all such Utopias are impossible to effect.)

In a realistic economic model, one must take into account avarice, corruption, price-fixing, monopolies, extortion, coercion, manipulation, deceit, worker slavery or virtual slavery, ecological disasters, indifference to human suffering, inter alia, which the “pure” economic model of the Free Market cannot, and does not, effectively or realistically deal with, if it deals with it at all.

This is only one argument for a strong Federal government–but a compelling one. Tea Party politics is at bottom sheer Utopian nonsense. Why do we assume that man left alone in the marketplace will be virtuous, or at least law-abiding, when we know that man in all other contexts, when left alone, is almost never virtuous? Which is precisely why we have commandments and laws, and rules and regulations, not to mention a large judicial branch to enforce them. Life without law would quickly descend into sheer chaos and conflict, murder and mayhem. It would be a Hobbesian Hell.

Gilead is operating in the US market with extreme avarice because it is betting that it can legally get away with it with the support of the Republicans, The Tea Party, et. al. In Egypt, on the other hand, Gilead knows it cannot set whatever price it wants, so it does not even try. Supply and demand, let alone reason, have nothing at all to do with Gilead’s pricing, in the US or elsewhere—but greed and expedience only.

Capitalism as we have known it for the last 150 years has proven itself to be a failed theory, leading to one economic crisis after another, and to an oligarchy of, by, and for the richest 1%. It is time to venture out and try new theories, ones that take into account the fullness of human nature in all of its complex manifoldness, including man’s inherently sinful nature. Then perhaps we might see Gilead begin to price rationally—and its CEO earn not the highly absurd $41,000 a day (no single person on earth is worth that much money!) but a more palatable and reasonable (say) $100,000 per year.

Then, too, we might begin to see the resurgence of the (now defeated and trampled on) middle-class; and perhaps witness as well the end of the pernicious, unbelievably high income disparity now ravaging our country, making a mockery of our Declaration of Independence and Constitution, whose foundation stone is the equality of man, not the ruler/serf economic model rapidly developing in our vicious form of Capitalism.

Our historic “land of opportunity,” unique in human history, is fast disappearing, and with it the last saving hope, the last bright light shining in the darkness, for the world’s poor, huddled, teeming masses. Historically, our greatness as a country has come from enabling incoming poor to rise to middle-class security and respectability. But Conservatives have, since 1980 when they put Reagan into office, remade America into a paragon not of equality and justice but of inequality and injustice: where money and power rule, not what is just or right or good.  Soon our historic greatness will be only a tattered and faded memory—with no power to inspire one to strive, to change, or to remake. Our once-fluid society is increasingly become an encrusted caste society, like India’s. “From rags to riches” now reads “from rags to rags.” And “a government of, by, and for the people” is now become “the government of, by, and for the rich and the powerful.”

The America of historic opportunity has become an America of rigid race and class lines. The only thing today that Conservatives conserve is their own power, wealth, and privilege. In this they are not classically conservative but rather radicals of the most extreme stamp—what would in Lincoln’s day be anti-unionist Southerners. At bottom, Tea Party members and Republicans have the mentality and politics of slave-holding Southerners, angry with “big government” for having freed their slaves. This is why right- wing fantics attack Lincoln today, and why they loath the federal government. Substitute “guns” for “slaves” and we now see clearly their political agenda. With the Tea Party insisting upon state’s rights, we are  fighting the Civil War all over again. And the outcome will determine whether we shall remain a united nation or a mere confederacy of states, which is what the Tea Party and others desire and are working for.