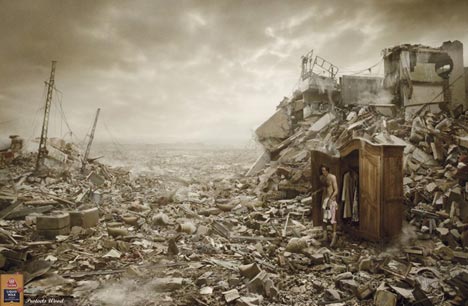 Like many pro-market economists, prof. Krugman has inveighed against the present attitude of the German political-economic school, which advocates austerity and fiscal sanity as the right ways to confront the international crisis. Krugman too believes that budget cuts are dangerous, they can suffocate the infant recovery. In the United States president Obama should do the opposite of what president Hoover did: when, at the beginnings of the Thirties, the Great Depression appeared on the verge of recovery, the White House and the leaders of the financial and banking community thought it wise to stop supporting the economy through federal incentives. The disastrous result, according to Krugman, was that in the U.S. the Depression went on for the whole of the Thirties. Only the Second World War, calling to arms 10 millions Americans and requiring weapons on a giant scale, solved the problem of American unemployment. Facts went that way indeed. Pearl Harbor rather F.D.Roosevelt’s New Deal ended the Great Depression.

If the economy is the science of wealth, the ill-boding of prof. Krugman may possibly prove right. But is the perennial quest of wealth the supreme goal of the society of man? Growth is not the Absolute Good. In the West today we know much better than in the past. We have experienced a half century of affluence, and we have learned the misery of affluence: so many millions are very poor. We now understand the advantages of simple life. We suffer the remorse and barbarous inhumanity of wealth. We know many achievements, beyond becoming richer, which would make us happier.

So we should not share the logic of the vast legion of market economists. We should refuse it. We should say no to perennial growth. Just one goal is mandatory -guaranteeing with heavier taxes on the rich a vital minimum to the deserving poor. Globalization will multiply the unemployment, so the market dogmas must give way to social justice.