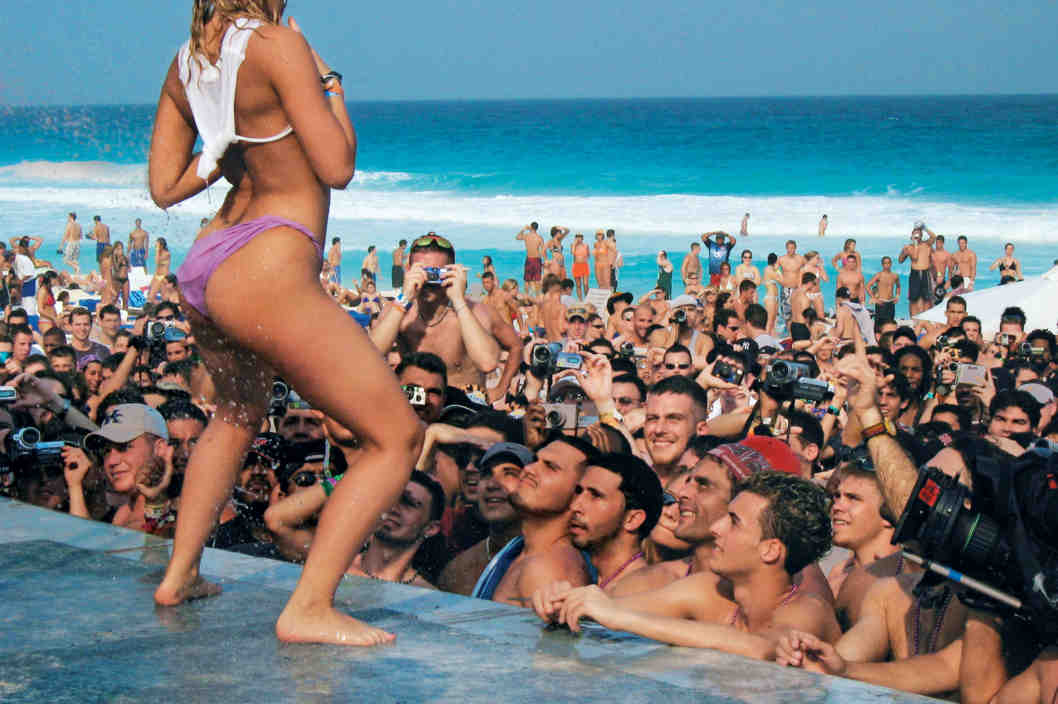 Over Spring Break in Florida, a young college co-ed lay unconscious on the beach. She was then gang raped in broad daylight, watched by hundreds of male and female college students—who did absolutely nothing to help this defenseless young lady. Not a single college student even called the police. This is an atrocity—and every observer that day participated in it. It is a shame they must live with for the rest of their lives. And it is a shame America must live with as well..

This is a parable about what happens when sexual mores are thrown to the wind, and sex ceases to be a sacred act between a husband and wife; when faith lapses; when Judaeo-Christian morality is dispensed with. Then the unthinkable occurs. Sodom and Gomorrah rise from the ashes and pollute man, woman, and city . That this publically sanctioned rape occurred in the Bible Belt testifies to the ineffectuality, if not the demise, of Christianity.

What has happened is that we have placed a premium on Movies, Internet, Cell Phones, Sports, Reality TV, boxing, wrestling, and Mixed Martial Arts, while at the same time allowing the Judaeo-Christian faith to take a back seat. How many Christian families do you know that read Scripture together and pray together? I don’t know any. The number of skeptics (19%) now equals the number of people who pray four or more times a week. That bodes ill for our future. Our faith, which has helped make western culture the envy of the world, is now imperiled. And the US is among the most “religious” of nations, too.

There are many reasons why Christianity no longer influences: corporations are open seven days a week; the hypocrisy of right-wing “Christian” Republicans, who care more about profit than about people; the lack of study of the Bible in school; the absurdity of the fundamentalist’s anti-science campaign; the sway of the MI-Complex; a general lack of literacy; the arrogance of youth; a sensationalist, often anti-Christian bias in the media (Huffington, for example); a church generally anti-intellectual; et al.

For all these reasons and more, our culture has lost its moral compass and its spiritual ties to God. Daily we witness unthinkably horrible crimes unheard of a generation ago. Families are being rent apart by poverty amidst class oppression, intolerance, and prejudice. Police brutality and racism are commonplace. The black family today is virtually non-existent. 79% of juveniles in prison now are young black men. Civility is only a memory. The people à la Lincoln no longer rule, but the richest 1%, who care only about enriching themselves. Instead of JFK’s “What can you do for your country”, we have the Hobbesian “every man against his brother”—the natural

Long ago this decline was predicted—eg, by Toynbee and Spengler and Sorokin. Toynbee and Sorokin wrote about this 50 years ago or more. They believe that only a religious awakening can halt our cultural degeneration and promote reason, goodness, and a love of truth. The time is ripe for it, but who is there today who can start a culturally effective Awakening, which at the same time emphasizes and utilizes reason and science? For the sake of our culture, he or she had better step forward soon. Our nation has entered into another Civil War—and our nation’s future hangs in the balance.