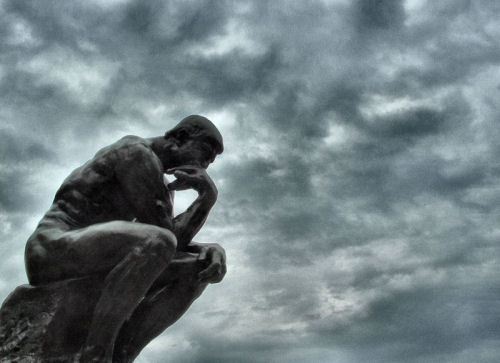 Admiral William McRaven, head of the US Special Operations Command, has been chosen as chancellor of the University of Texas system upon his retirement in the fall from the military. And he is not the first military officer, or national security official, to be chosen to head an American university or college, either. Is he the right man for the job? Here’s a sample of the kind of wisdom he will bring to the job: “If you want to change the world, start by making your bed.” Now, the premise here is that by making your bed “to perfection” (his personal goal for those serving under him), you transfer that energy and diligence of effort to everything else. In McRaven’s words, “Making the bed will also reinforce the fact that little things matter. If you can’t do the little things right, you will never do the big things right.” Let us scrutinize more closely this proffered path of wisdom.

First, we must reflect upon the source. McRaven is an admiral in charge of a secretive military command, which includes the Navy Seals. The Seals have a training regimen wherein every tiny detail does indeed matter. When a military mission is established, the training for it rests upon countless small details executed to perfection. A failure in the small things here will almost certainly mean grave difficulties somewhere down the line. So for McRaven’s troops, his wisdom isn’t “decorative,” but may well prove to be the difference between a mission’s  success or failure, and a Navy Seal’s life or death.  The difficulty here, of course, is that he will now become the chancellor of a prestigious university system. Are the two—the military and the university—similar enough so that his vision, wisdom, and expertise in the one area can be transferred successfully to the other? Or are the two fields sufficiently different in nature that success in one does not automatically imply success in the other?

Let us examine the nature of education. Education is, or ought to be, chiefly about inquiry and self-growth: the gaining of knowledge and insight, and especially, in a good liberal arts program, the gaining of a general, but deep knowledge, of reality itself.

But making one’s bed—where does this fit in? In my opinion, it doesn’t! And that is what is so worrisome to me about having an admiral become head of a university. Making one’s bed, like the mandatory daily polishing of one’s military-issue shoes, is merely an act of obedience; it signifies nothing more. Inquiry, on the other hand, drives, or ought to drive education; but that is the opposite of what McRaven has spent a life-time doing, viz., ordering people to carry out his commands. Men under him don’t question his orders; they blindly execute them. That’s what makes the military the efficient force that it is. An admiral commands: a soldier obeys, period.

But nothing could be further from the Academy than obedience for obedience  sake; where inquiry, or dissent,  thereby is stifled.  Academics need encouragement and freedom in order to strike out in new or different directions. Can McRaven reverse sails so late in life, encourage  freedom of thought, and tolerate dissent when up to now conformity and obedience were his twin gods?

What is troubling to me is his use of the metaphor of making one’s bed in an academic context. Ideas are not obedient soldiers. And academicians do not blindly follow others but think for themselves, choose their own goals as well as the means to achieve them. Courage, not obedience, is the chief virtue in the Academy, as can be seen clearly through the lens of history, where new ideas all too often have encountered intractable resistance and even violence. The history of astronomy painfully attests to this resistance to truth and the pressures to conform to the prevailing opinions—or the current national shame of creationism, which confuses belief with fact, and is summarily dismissive of the scientific method, which is one of the indispensable pillars of the Academy. Can one used to ordering others suddenly encourage, even promote, independent thinking and acting?

There are other issues as well—for example, the small numbers of blacks in the UT system. How does “making your bed” address the problem of racial under-representation? Or address the sinister shift in the goals of education, through the money and influence of Corporate America, which wants to train students merely to be good and productive employees for their business, rather than train their mind for life’s challenges that lay ahead.

Education is further endangered by its dependence upon, and glorification of, college athletics. Education today often seems to be less important to a university than having a championship team. And with athletics so closely tied to multi-million dollar media contracts, the importance of education is diminished amid the media-hype of sports and the deification of athletes—even to the point of institutional grade-fixing. Adding to the problem created by the media is a professional athlete’s multi-million dollar salary. When student-athletes leave school early in order to sign a big contract, the message they convey to our young—a message supported by the university—is “Sports are more important than education, and for a good athlete, more lucrative.”

With all media today owned by only a handful of individuals or corporations (this by itself constitutes a grave threat to our democracy), and being right-wing to boot, society rarely gets treated to the presentation of an issue which is (more or less) free of ideological bias. Education ought to be the one place where independent inquiry is pursued for its own sake, with the results informing society. If instead of inquiry for its own sake we have corporate money, ideology, sports, and the media influencing education, then are we on the fast track to educational irrelevance. Given these circumstances, I worry whether a chancellor who believes in the perfect execution of small (unimportant) details, can, in a non-military setting, provide the kind of leadership our universities need if they are to be the agent of both change and stability that has historically defined them. Can one used to unflinching obedience change course mid-stream and welcome debate and disagreement? Can one not just tolerate but honor the “arrogance of dissent?”

Common wisdom has it that “You can’t teach an old dog new tricks.” And that is precisely my worry.