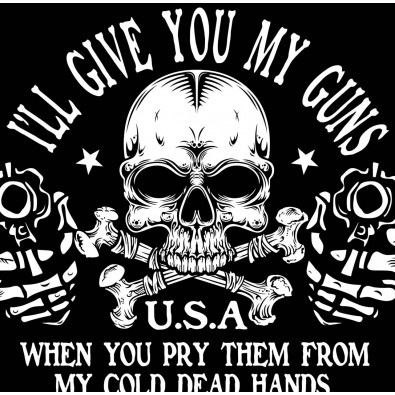 A young German, Diren D., an 18-year-old exchange student from Hamburg, Germany, was fired upon with a shotgun and killed while entering an open garage in Missoula, Montana: yet another death that can be traced back directly to the NRA and its Republican and conservative Democratic backers.

This death seals America’s reputation overseas as an irrational, gun-toting, free-wheeling country unrestrained by education, the rule of law, ethics, morality, or religion. It is becoming, and in large part already is, the land—not of opportunity as it once was (corporations in America who run all things have dealt a death blow to that once-heralded idea) but a land of right-wing fanatics, without culture, commonsense, education,  or any genuine spiritual formation.

Take a Nazi; subtract his Germanness; add a lethal dose of Christian Fundamentalism; invest him with extreme anti-rational individualism; subtract all traces of the humanizing effects of Western Culture and of a Liberal Arts education, and you have the new right-wing, Tea Party Republican fanaticism that is the equal of al-Qaeda in its antipathy towards our modern, Christian, constitutional, tolerant, and humane way of life.

This anti-government movement is not a simple return to the frontier-life of the Old West, as the notorious cattle baron Clive Bundy and his ad hoc group of assault-weapon-wielding thugs would have us believe, but rather a return to the Dark Ages, when chaos ruled, and reason, like Oedidpus, was by emotion self-blinded, and everywhere life was without the humanizing effects of culture that alone make us rise above our mere animal nature.

The mind cannot sustain itself by its naked self alone. Subtract 4000 years of culture embedded in a liberal arts education; reduce Christianity to either  strict literalism or convenient liberalism; and this is what prevails—man’s merely instinctual, irrational nature.  God’s once-proud creation has been tragically humbled by excess, greed, sensualism, unreason, and the paucity of true culture, logic, and authentic  spirituality.

Let no one underestimate the power of culture and of a genuine liberal arts education in humanizing our rough animal nature. Spirituality alone is insufficient. For we must always make choices, and choices depend upon reason, logic, culture, education, and commonsense.

We are now becoming more and more bereft of these all-important humanizing qualities. And as a consequence we are now entering our own Dark Ages, with its chaos, lack of respect for human life, fearful insecurity, obsessive greed, sensualism run amock, self-satisfied blind ignorance, and a titanic narcissism.

The Age of the Enlightenment, whatever ameliorative effects it once ushered in, has long been over. Darkness and Chaos increasingly exert their baleful influence on our once-praised and emulated American way of life.