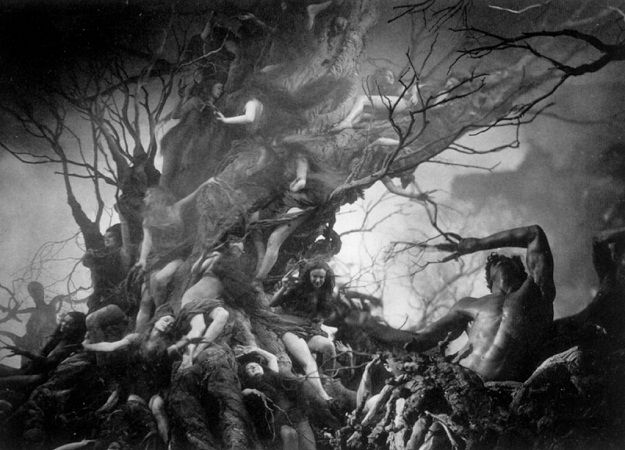 The NRA (The National Rifle Association), after close council with Mephistophiles, and after rejecting out of hand Gabriel’s prudential warnings on behalf of the Lord, has lobbied the House to pass legislation allowing guns on college campuses. A more sinister, godless, diabolical bill could hardly be imagined. To allow 18 year olds the right to carry weapons, let alone on college campuses, is beyond all sane imaginings and is further proof, if ever one needed it, that the NRA is the devil’s own progeny and seeks to work his will of injury, terror, suffering, chaos, sorrow, and death whenever and wherever possible.

The NRA has long been the handmaid of the devil; it’s just that conservative Christians think about the devil only in ways suited to extend their narrow theological/political agenda; and liberal Christians don’t much believe in ontological evil. But evil surely exists. The NRA is proof, had we needed any.

The NRA—and its devilish supporters, including weapons manufacturers (like Remington Arms)—wants you to think of these issues of carrying weapons in political terms that obscure the larger religious dimension involved. What else would we expect from the Father of Lies? Under pretence of the 2nd Amendment, Satan hisses out his defense of weapons, which only cause 50,000 deaths a year (!); and when the NRA sees England’s negligible number of deaths each year due to strict gun control laws, the devil bristles and spews out irrelevant, sinister arguments. (Why is it that there is no general outrage over the huge number of gun-related deaths—in ten years 500,000 deaths! That’s the carnage of 10 Vietnam wars! But where is the outrage? Where?)

It is Dante’s Inferno, however, which brings home the fruit of the NRA’s satanic actions. For who in their right mind would give a weapon to an adolescent who may, and probably will at some point, abuse drugs and/or alcohol? Truly only Satan himself could conceive of something so diabolical, so sure to cost precious young lives on the threshold of adulthood. The Inferno would surely be the appropriate punishment for sowing so great a societal evil. Violence is not the path to the Kingdom of God. Christians are adjured to turn swords into ploughshares as the one true path to God. Weapons disbursed societally among our young, immature, often reckless youth is indeed Satan’s own plan to increase sorrow and the pain of shattered lives and families.