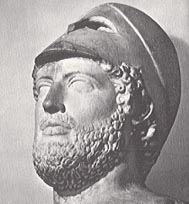 If some ‘laws of History’ could be taken seriously, in Italy we  should feel predestinated to be first in conceiving a better democracy. Not because of the glories of our remote past, rather for the simple fact that our democracy is more disfunctional than other ones  in the West.

The tribes of our peninsula did invent things that resulted very important, both good and evil -the Roman empire, the medieval city-states, the Renaissance, the Antichristian popes of said Renaissance,  Grand Opera, Gabriele d’Annunzio, Fascism, et cet. Today we are forced to change dramatically.

The most relevant among possible changes is demolishing our political system, based on domineering parties and on lifetime careers of lousy politicians. The way to achieve their annihilation is shifting from elections to sortition.

Elections were and are for oligarchy. Sortition shall be again the ultimate way to enfranchise the people, as it was in the city-states of the Athenian system.

We, a  Milan small group called Research Unit on Direct Democracy, were first in Italy to develop a tentative scheme for Randomcracy in a country such ours. In the year 2000 the scheme was outlined in a report by the title Il Pericle elettronico (http://www.internauta-online.com/2011/03/pericle-elettronico/). As for sortition, we value and fully accept the findings of the Kleroterian scholars Stone, Dowlen and Delannoi, the authors of the report The Lottery as a Democratic Institution.

As Western representative democracy is a joint venture between plutocracy and political professionalism, i.e. between money and career,

man in the street is a non-entity. The average citizen has no more say on how his or her government should govern than a dog has in making requests to his master. The electoral mechanism is fully responsible for the usurpation by an oligarchy of lifelong politicians who are normally corrupt, or corruptible.

The radical alternative to pluto-klepto-democracy should be (in due time will be) direct democracy, i.e, going back to Athens. However the Athenian direct democracy implied very small numbers of full, male citizens. In colossal countries of today the right thing to do is canceling the electoral process (voting should stay in referenda only) and reducing the sovereign citizens to a “macro-jury” made of a small percentage of the entire population. Such percentage should be selected by sortition and should rotate permanently, say every six months.

Hereinafter we offer a  few additional remarks as to the possible operational ways of a system based onsortition.

We insist that the right formula for sortition would not be a lottery in the general population. In ancient Athens as in modern Switzerland, direct democracy asks for small numbers. The median qualifications of the entire population are too low everywhere. The future Polis, i.e. the political body, should consist of approximately half a million, rotating, term hypercitizens, randomly selected for six months out of the better qualified part of the population: out of the persons who are more educated, or more work-experienced, or more motivated and aware, or more civic/humanitarian-minded than the average. Anybody should be included who can prove by exams to be fit to act as “term sovereign citizen”. A high body of the judiciary should decide whether persons  not possessing factually demonstrable qualifications should, on application and exam, be included in the roll of rotating hypercitizens. In a nation of 60 million, a rough half would possibly be the right section from which to draw the basic class of  half-million hypercitizens.

The six month term of moderately paid “political service” would be renewable only once or twice.

Two or more successive random selections might be held  among the hypercitizens, so the political body would result as made up by three, four or more classes, each of whom providing ascending levels of random selected officials. Members of parliament would be drawn in the intermediate class or order. Ministers of the central  government would be drawn in the top class: f.i. a Treasury secretary should be found in a very small number of top bankers, economists, heads of large corporations, outstanding thinkers, other highly successful individuals. For the office of mayor or councilperson in a small town, a member of the bottom class would be adequate.