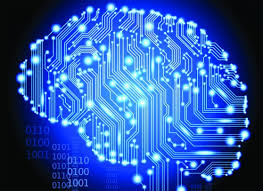 Perhaps it’s appropriate that Edward’s last name has “snow” in it, since he has caused a world-wide avalanche of reactions to his carefully released documents revealing how almost omnipotent the NSA has become in snooping, monitoring, and data gathering from seemingly every corner of the globe, whether friendly or hostile to the US.

Perhaps never before in history has electronic snooping been so ubiquitous  as to present at least the pre-figurement of Big Brother, if not Big Brother himself. The reassurances, for example, of the NSA’s director, Gen. Keith Alexander, that they didn’t break into Google and Yahoo data centers, that doing so would be illegal; given the enormity of offences already catalogued through Snowden’s disclosures, is less than reassuring, to say the least. When the NSA taps the cell phone of the Chancellor of Germany, who is America’s close ally and friend–for ten years no less– all bets are off as to what they wouldn’t do, or what they haven’t already done, or what they will do tomorrow.

Here we have a pregnant example of Lord Acton’s famous maxim, oh so wise: “Power corrupts and absolute power corrupts absolutely.” It is simply human nature that when you can do something, eventually you do it. The NSA can snoop anywhere they desire—and they have, as we now know. Before Snowden no one knew. We lived in innocence. The world seemed a friendlier place, a relatively private place—before the avalanche of documents, released and yet-to-be released, destroyed our idyllic personal world of peace and privacy—and complacency.

Part of the problem is money. The NSA’s and CIA’s intelligence budget is 52 billion dollars. What can’t you do with a budget of that size? We have indeed created a monster, and now it has turned on its creator.

In today’s highly electronic-computerized world privacy is losing out to technology. The Frankenstein metaphor is now no mere metaphor. What’s to be done?

First, there must be non-intelligence personnel charged with oversight. Next, penalties must be super-stiff for violating a person’s privacy (phone, email, eavesdropping, surveillance, et. al. types of intrusion). Third, monies slated for intelligence-gathering should be cut and used for public projects like trains, subways, buses; solar and wind power; etc.  And fourth, a court order should be mandatory for all eavesdropping. And this is just a sampling of what must be done.

The power of spying has reached a critical stage. The public’s ability to focus is time-limited, so we must strike while the iron is still hot if we want to keep our privacy, and the privacy of others, in tact. It’s a race we’re in, a race against all-devouring technology. Will Frankenstein win out—or will we?