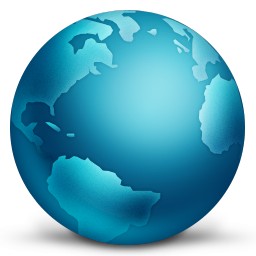 Have you really considered what a  massive game changer America’s newly exploytable 100-year supply of oil and gas is? We’re only beginning to feel the implications, but imagine what the world will look like in 50 years when we’re in the sweet spot of the boom.

First, two major challenges: We need to be able to extract this abundance safely. And second, we must also transition to sustainable energy sources and reduce greenhouse emissions. I believe we can do both. We’re already fracking every day in this country, and though it’s not risk-free, clearly it can be done. As for the second problem- that these new sources of oil and gas might sideline efforts to develop renewables- that’s a much tougher nut. I still feel sanguine, though, because nat gas (which is much of the resource) is cleaner than other fossil fuels (how much is debatable), and through technology is getting cleaner. And because awareness of global warming is growing -rising sea levels in New York and Florida will do that -meaning this high-profile issue is unlikely to abate.

Of course, our new domestic production makes us less reliant on hundreds of billions of dollars of energy from countries that can be…problematic. (Among the top five from which we import petroleum are Saudi Arabia, Venezuela, and Russia).

No matter what you think about domestic drilling, it’s ramping up fast. Look at our annual list of Fastest-Growing companies and you will see that 24 out of 100 are in the oil and gas business. Oil guru Daniel Yergin tells Fortune  that the U.S. registered more growth in oil output in the past few years than any other country of the world. U.S. natural-gas production has increased by a third since 2005, and oil production has increased almost 50% since 2008.

Now for some early effects: from 2007 through 2012, the U.S. added about 1 million private sector jobs, a roughly 1% increase. In the same period, the oil and gas industry grew by more than 162,000 jobs, a 40% jump. Yergin thinks the number of jobs supported by ‘unconventional’ oil and gas is 1.7 million and could reach 3 million by 2020.

Some states, like Texas and Colorado, are already benefiting tremendously. Then there’s North Dakota, the No.2 oil producer in the U.S., ahead of California and Alaska, pumping more than 800,000 barrels a day (up from about 100,000 a day in 2005). North Dakota produces more than 10% of U.S. output, and workers from all over the country have flocked there for jobs.

But really, it’s bigger that that. Says Yergin: “What’s becoming clear is that (the boom) is having much wider economic impact. The manufacturing renaissance supported by lower prices will add substantially more jobs. And low-natural gas prices are a major factor in revitalizing manufacturing in the United States and making the U.S. much more competitive in the world economy. European industry is looking at this development in the United States with great angst”.

Zut alors!  Imagine what they’ll see in 2063. Let’s hope it’s a resource-rich country with an enviable energy  industry safety record and low unemployment, well into the transition to clean energy.