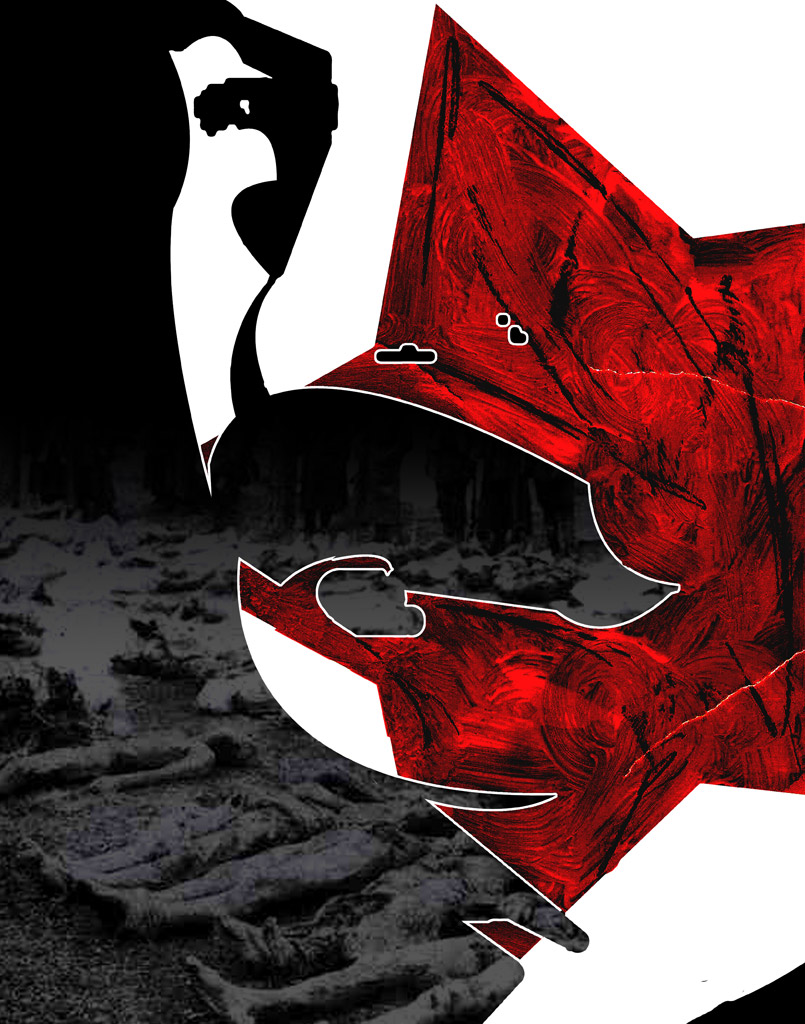 The world now knows a good portion of what’s worth knowing on the ferocious deeds of the Soviet dictator. The consensus of the historians is that Lenin’s successor put to death or imprisoned several million people. That his victims were more numerous than Hitler’s. In this column we shall deal only with a comparatively minor (on Stalin’s scale) delict: the Katyn extermination of Polish officers, many thousands of them. After Russian president Eltsin handed to Lech Walesa the original order, dated 5 March 1940, to kill all the Polish officers and opposers of communism who were in Soviet hands, no historian nor politician can deny the terrible truth that found in Andrzej Wayda, the director, a tragic witness with his film Katyn.

However many facts are emerging that public opinion still ignores, or is only slowly becoming aware of. For instance, that the British and American governments were informed of the extermination of rightists in Poland since 1942, if not before. Two years later a group of British diplomats signed a secret declaration to the effect that their conscience forbade them to cover said crime for the sake of the war alliance with Moscow. But of course the official position of Washington and London remained unchanged during WW2- the USSR was a brave and noble ally, a stalwart of the glorious crusade against Hitler. President Roosevelt firmly prohibited the divulgation of any news on Stalin’s ‘purges’ and other atrocities, begun in 1923 and become paroxysmal after 1936. The Allied intelligence was perfectly informed of said crimes.

Consequently, after reconquering Smolensk in September 1943, Moscow felt permitted by Washington and London to announce that “the German aggressors had exterminated thousands of Polish officers at Katyn”. No US or British objection was advanced to the Soviet chief prosecutor of the Nurnberg process including the Katyn massacre in the indictment of the German defendants.

But the Machiavellian sheltering ordered by Roosevelt started to end with the president’s death, on April 12, 1945. His successor Harry Truman, whom Roosevelt had handpicked a few months earlier, narrated in his memories that he first thought of reversing the entire filoSoviet policy of the late president while he stood in the Union Station of the capital, waiting for the arrival of the funeral train with the coffin of FDR. Ten days later Truman was recording in his diary “our deteriorating relations with the Soviets”. He instructed Harry Hopkins, the intimate advisor of Roosevelt and Moscow’s best friend in Washington, “to make clear to Uncle Joe Stalin that I knew what I wanted”.

The truth was that the man of the New Deal mistrusted the western coalition’s chances to really prevail on Germany and Japan that deemed it mandatory to save from defeat and reinforce stalinist USSR. President Truman judged that the Soviet Union would have collapsed in 1942 without the immense supplies sent by Roosevelt.

In other words, immediately after the Commander in chief died, the government and the people of the U.S. totally repudiated the war alliance with Russia. Roosevelt had lied to America and to the world on Katyn and on all other Soviet crimes, in order to please Stalin. The FDR’s judgment and policy were suddenly turned upside-down. Stalin became the arch-enemy and a cruel monster, a murderer no less ferocious than Hitler. The USSR appeared as hostile to the West as Carthage was to the imperial republic of Rome. FDR and Churchill had better not suffocated the truth on Katyn and on the Stalinist regime.

However the British war premier was swift in changing his mind on the Russian tyrant: it was he who proclaimed with his Fulton, Missouri, speech the start of the Cold War. For many years on, a third planetary conflict was a terrible menace on humanity- contrary to FDR’s delusions.