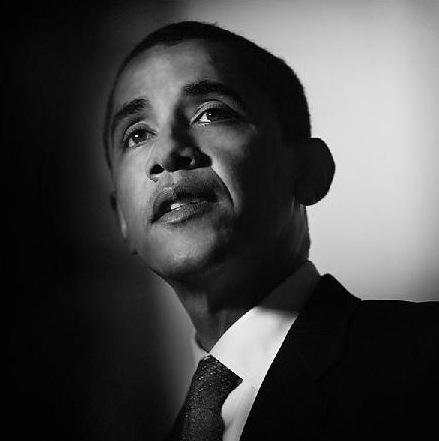 The editors of l’Histoire, the Parisian specialized monthly, are much impressed, possibly mesmerized, by a single outline of the Obama phenomenon, his rather unusual relationship with Chicago. According to them, the American president owes a lot to the Second City, at the same time not being indebted to her, as he succeeded in embodying the whole nation, at least momentarily. So the line of thought of l’Histoire is that while Chicago was a major scene of the racial drama of America, Barack Obama, who triumphed there, did not offer himself as a Moses or a warrior of the black emancipation, but as a leader of the nation.

On the other hand, his rise cannot be understood without his bond with the South Side, i.e. with the ghettos on lake Michigan. Obama and the Windy City are seen in Paris as two success-stories of the same mushroomlike sort -a very quick growth, although not necessarily followed by a sudden decay.

Of course Americans know well that in less than fifty years Chicago rose from a fur- and cattle trading village to a large metropolis, a one prominently involved in the events, both political and social, of the 19th century. The place soon attracted several ethnic groups, who often had to fight for recognition. In Europe not many know that in 1886 four anarchists sentenced to be executed, died in Chicago while chanting a revolutionary song. Later the Blacks arrived and beginning from the Nineties the South and West Sides of Chicago became a, or the, capital of Black America. After the Depression and in the New Deal the Democratic party became the party of the Blacks, and locally the latter came near to dominate said party.

When Obama entered politics in Chicago, in 1985, he did not have special connections there. Rapidly he acquired them and succeeded in becoming the heir of the four or five historic leaders of the Chicago Blacks. But was also able to not identify himself as an ethnic ‘Libertador’. As he resolved not to try to become Mayor, the powerful incumbent mayor Richard J Daley was the very willing promoter of the rise of Obama. The young politician who came from Hawaii, Indonesia and Harvard accepted the help of persons and groups that controlled the not very ethical democratic machine of Illinois, but did not lose his personal reputation of honesty.

So the Obama’s masterpiece was conquering Chicago as an outsider, then projecting himself as the national leader from the Second City.